A regional news organization operating across all major platforms. From Twitter feeds to deep analysis of major stories & trends… And all points in between providing expert insight and opinion on the day's most important news stories in the world of politics, international, affairs, finance, science, technology ,sports,culture & more.

How Ugandan Girls suffer in middleast

How they discipline petty thieves in northern Uganda #stayhome

Sheila Gashumba
Everyone is so quick to criticize what she said but if u really think about it, its not only in the entertainment industry where employees are expected to do much and reimbursed less,

We all walking around getting the little we are paid to live day by day, cheque by cheque and yet we know we deserve better but too scared to complain or say anything to anyone.

People are staying in jobs now to pay bills, jobs that don't value your potential, jobs that are using you without caring about your well being, as long as u can make them some more money that's enough.

Funny thing is we all know it but can't say anything because these people are still our bosses and don't want them to know we know, so we do all we can do which is "Kiss ass" to keep the job.

This little girl stumbled on a landmine and called it out, but to react to it publicly you had to choose a side, to defend her which paints a bad picture for the Boss or to go against her which is a good picture to the Boss. Yet privately we are all going through the same thing.

These are the most unstable times to loose the source of your livelihood and yet they could be the most important times to do something..
#Ann.

The Kenyan truck drivers and companies have disagreed with the decision by Uganda government to stop foreign truck drivers at entry points and hand over the trucks to Ugandan drivers.

Police in Kiwatule are investigating a case of sudden death that happened last night.

The case was reported by one Wakibra Harry a resident of Kiwatule at around 2000hrs.

Its alleged that Wakibra Harry reported the discovery of a life less body of one Alimadi Ann Babra, aged 48 years, Coordinator of Alliance for National Transformation, Foreign Envoy and a resident of Kiwatule.

The scene was visited by a team of detectives who examined the area and recorded statements from the witnesses around.

Police preliminary findings indicates that the deceased lived alone in her own house.

The findings indicates that the deceased was found lying straight on her stomach with straight legs. The lying body shows she could have been in pain during her last breathe.There is no sign of struggle or injuries on the body.

The body was taken to City mortuary Mulago for postmortem as investigations continues.

#Breaking: Legislators Medard Ssegona and Wilfred Niwagaba have been arrested on their way to serve the Speaker with a court order. #tk

I Will leave this here #abirigate 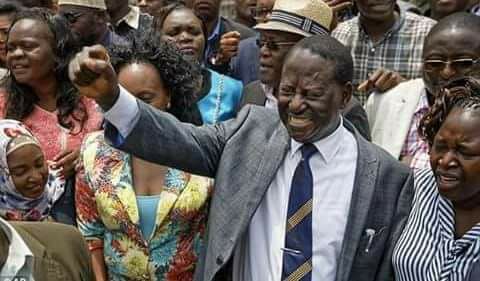 Should opposition in Uganda take the same strategy #togikwatako

Let me leave this here

sowetanlive.co.za I was telling my new man friend the other day that I love going out, it is my biggest indulgence. I believe in letting people know what they are in for. I see it like going into a hospital for an operation and being asked to fill in consent forms, you always know what you are in for and what you are...

Do most of you tell your mothers

sowetanlive.co.za “I woke up and prayed to say ‘I am going fly in a real helicopter’....I called my mother to tell her that I am going to fly. "

Nakumatt files for Bankruptcy Protection in Kenya. Will they ever pay their debts in Uganda but still operational in Rwanda? 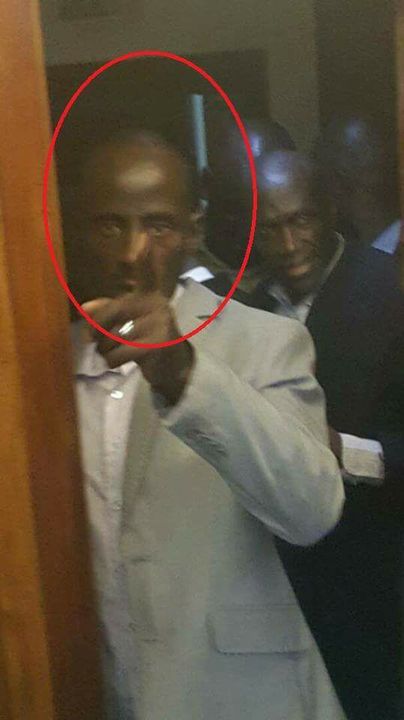 Who is this guy beating up honourable member's #Uganda #tk

No being left out one word for hon Odongo Otto 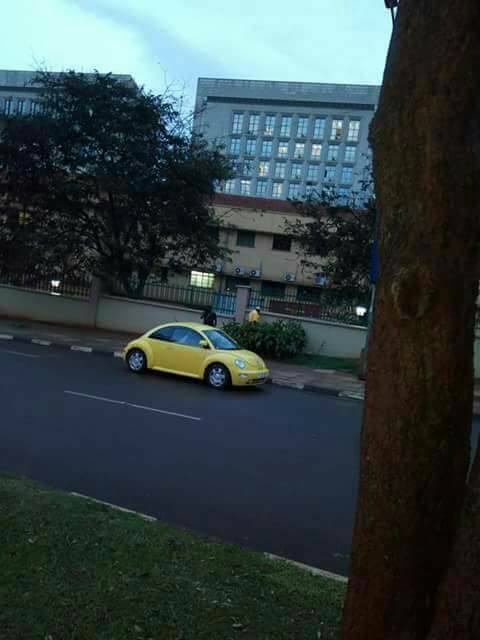 Abiriga spoted urinating on the streets of Kampala , one word for this MP Kakensa Media

if the white guy was on top someone was going to come up with stupid racist comments.... But still they will say he stayed away from the mouth incase the croc faked death #tk

13 New Symptoms Of Early HIV Infection You Didn't Know About

These are the new symptoms that have been discovered by doctors. It is important that you know them. Someone might look normal, but if you them you are able to see they have HIV to avoid contracting it and spreading it #tk

mzansilive.co.za These are 13 Must See HIV Symptoms. for all those bad girls and especially those bad guys who are fund of skin diving into the va.gina

Some Girls will be like: "I cannot cook,my mom didn't teach me "
Well, my sister tell me Who taught you dog style??? #tk #humour

1. 32 year old Zodwa Rebecca Libram was born in Soweto and moved to Durban four years ago.

2. She was a collection agent at a debt collecting company but left the job after her socialite status took off.

3. Zodwa Wabantu is the leading dance lady of Eyadini Lounge, found in uMlazi, KwaZulu-Natal, and she has impressive dance moves.

4. Zodwa first became a sensation when pictures and videos of her dancing at Eyadini Lounge in Durban circled social media and she became an overnight star.

5. Her career has taken off in a big way and Afrotainment now handles her bookings, which start form R25k.

6. Zodwa has also been booked by international clients and has made friends in the industry such as DJ Tira

7. At the recent Durban July she wore a dress that had a slit going up to her hips, leaving nothing to the imagination as she walked, showing that wearing underwear was not the order of the day.

8. While everyone was calling her dress ‘sleazy’ or slamming her for showing too much skin, Zodwa Wabantu dedicated her controversial outfit to women everywhere.

9. She once dated Khanyi Mbau’s ex Mandla Mthembu, and she and Khanyi Mbau don’t seem to see eye to eye.

10. She is a proud mother of 11-year-old son Vuyo, who stays with her family in Soweto.

Any words for this Ugandan slay king . aka Kim love

My Brother Wayne Was Rushed To The Hospital After He Was Found Unconscious In His Hotel Room, He's Not Breathing Too Good Please Pray For His Recovery Doctors Say He Was Close To Death Because His Heart Stoped .. #lilwayne #tk 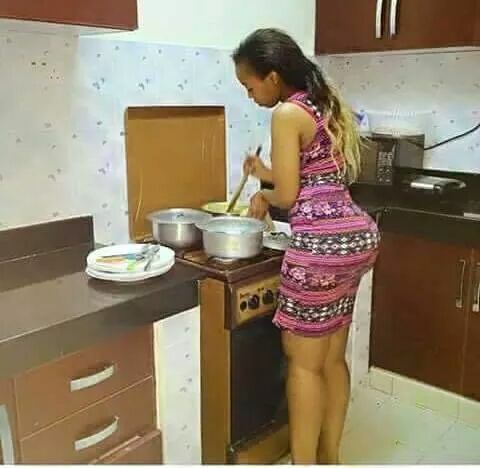 KITCHEN TIPS
1. If you happen to over-salt a pot of soup, just
drop in a peeled potato. The potato will absorb
the excess salt.
2. When boiling eggs, add a pinch of salt to keep
the shells from cracking.
3. Never put citrus fruits(Oranges,Lemons, limes,
etc) or tomatoes in the fridge. The low
temperatures degrade the aroma and flavor of
these fruits.(That's why our tomatoes don't last
in the fridge)
4. To clean iron cookl-ware, don’t use detergents.
Just scrub them with salt and a clean, dry paper
towel.
5. When storing empty airtight containers, throw
in a pinch of salt to keep them from getting
stinky.
6. If you are making gravy(stew) and accidentally
burn it, just pour it into a clean pan and continue
cooking it. Add sugar a little at a time, tasting as
you go to avoid 'over-sugaring'it. The sugar will
cancel out the burned taste.
7. Burned a pot of rice? Just place a piece of
white bread on top of the rice for 5-10 minutes to
draw out the burned flavour. Be careful not to
scrape the burned pieces off of the bottom of the
pan when serving the rice.
8. Before you chop fresh red peppers, rub a little
vegetable oil into your hands and your skin won’t
absorb the spiciness.
9. If you aren’t sure how fresh your eggs are,
place them in about four inches of water. Eggs
that stay on the bottom are fresh. If only one end
tips up, the egg is less fresh and should be used
soon. If it floats, it’s past the fresh stage.
10. To banish ants from the kitchen, find out
where they are coming in and cover the hole with
petroleum jelly(Vaseline). Ants won’t trek through
the jelly. If they are coming under a door, draw a
line on the floor with chalk. The little bugs also
won’t cross a line of chalk.
11. Don’t store your bananas in a bunch or in a
fruit bowl with other fruits. Separate your
bananas and place each in a different location.
Bananas release gases which cause fruits
(including other bananas) to ripen quickly.
Separating them will keep them fresh longer.
12. To keep potatoes from budding in the bag,
put an apple in with them.
13. If you manage to have some leftover wine,
cocktail drinks at the end of the evening, freeze it
in ice cube trays for easy addition to sauces
(white wine works wonders in sauces, i don't joke
with them) in the future.
14. After boiling pasta or potatoes, cool the water
and use it to water your house plants. The water
contains nutrients that your plants will love.
15. When defrosting meat from the freezer, pour
some vinegar over it. Not only does it tenderize
the meat; it will also bring down the freezing
temperature of the meat and cause it to thaw
quicker. # Noteevery woman should have vinegar
in her kitchen.
16. Do you cry while peeling off onions, then try
this. After peeling off your onions, refrigerate the
onions for atleast 5minutes, then dice it. You will
be glad you did.
17. For aluminium pans that are looking dull, just
boil some apple peels in them. This will brighten
up the aluminum and make your house smell
yummy.
18. If your salt is becoming lumpy, put a few
grains of rice in with it to absorb excess
moisture.
19. Always keep an aloe vera plant in your
kitchen. It’s invaluable when you scrape your arm
or burn your finger. Just break off a leaf and rub
the gel from the inside on the injury.
20. When making a soup, sauce, that ends up too
fatty or greasy, drop in an ice cube. The ice will
attract the fat, which you can then scoop out.
This works wonders
21. To reuse cooking oil without tasting whatever
was cooked in the oil previously, cook a 1/4″
piece of ginger in the oil. It will remove any
remaining flavors and odors.
22. If your milk always goes bad before you can
finish it, try adding a pinch of salt to the carton
when you first open it. It will stay fresh days
longer.
23. If two drinking glasses become stuck together
after stacking, it’s not impossible to unstick
them. Just put ice in the inner glass and dunk the
outer glass in warm water. The warm glass will
expand and the cold glass will contract, making
the glasses separate easily.
24. For splinters under the fingernail, soaking the
affected finger in a bowl of milk with a piece of
bread in it, it will help .
Kindly share.
#TK

Truth and Depth – Your trusted source for truthful, balanced and fresh news from Uganda, East Africa and the world

Uganda's hottest interrogative Newspaper online. Seal it , we unseal it. Breaking the seal is our command. Its informative, accurate and interrogative. Follow us always

FOR ALL YOUR ART & GRAPHICS WORKS

We keep you informed about the news events and stories happening in the country in the line of politics, health,education, sports and entertainment.

I am a Ugandan and I love politics