Skybe Inc. is specifically for providing computer tech services to the community. Software dev't, Graphics solutions, Maintenance and others.

[02/07/14]   Yes, ICT in small and big companies in Uganda is inextricably interwoven. We shouldn't say a word on the two separately; for a good and perfect meaning, we will have to talk on the two consistently. 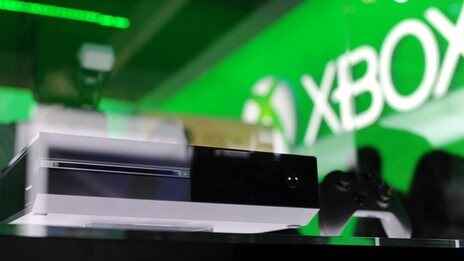 EVERY ONE who is interested to join the trip to Europe, can show up for our first official meetup. EVERY ONE is welcome - creatives, developers, bloggers etc from all African countries Details: https://www.eventbrite.com/event/9139643921

.“ Debugging is twice as hard as writing the code in the first place. Therefore, if you write the code as cleverly as possible, you are, by definition, not smart enough to debug it. ”

Departing Microsoft boss Steve Ballmer has hosted his last company meeting - bidding a tearful farewell to employees he has worked with for 33 years.

Bill Gates Admits That 'Control-Alt-Delete' Was A mistake
We are confident that Bill Gates is a brilliant guy, but he just admitted to something that the entire world has known for decades.

Forcing early computer owners to simultaneously press the difficult key combination of Control-Alt-Delete to log on to their machines was a mistake, the Microsoft co-founder said in an interview at a Harvard fundraising campaign

Nokia Amaizing Technology of 2013 Must Watch it

A team of researchers in London lead by Indian origin scientist has unveiled the first computer built entirely with carbon nanotubes. This would first be done in Connect Uganda-2Technology but un-fortunately, they.........
http://zeenews.india.com/news/science/world-s-first-carbon-nanotube-computer-unveiled_879340.html

Other Colleges & Universities in Kampala (show all) your one stop centre for all your hair needs especially weaving, braiding, bridal services among others...beauty is our mission. IT IS MIXED DAY AND BOARDING SCHOOL.LOCATED IN WAKISO,BWEYOGERERE KIRINYA.IT HAS A UNEB CENTRE NUMBER AND LICENCED BY THE MINISTRY OF EDUCATION. To produce servant-leaders for Christ who will contribute positively to the communities of family, church, state and society The Insurance Training College (ITC) is the training arm of the insurance industry in Uganda. A place where all former GBI students keep in touch, testifying of what God is doing in Each Person's life, encourage, Pray and connecting to further the Kingdom of God wherever God opens a door. Clarke International University (CIU) (formerly International Health Sciences University) is a private non-residential university in Uganda. Our mission is to prepare students for global leadership and to be catalysts for transformation. #MakeAdifference We provide engineering, project management and quality management services in and outside of SA.