TALENT IS A GIFT FROM ABOVE

Happy new year DREAM BIG ENTERTAINMENT FANS. One love upon us all. New year
New plans
Time conscious
Let's exploit our God given talent
We are worth it all.

Dream Big Entertainment is planing to be bringing you the latest music, fashion, films, books and celebrity gossip all in one package. Peace is around the corner 😇😇 Gender equality in film making should be prioritized so that we can share varieties of knowledge. I am for change.

What you believe in will never disappoint u.

Jackie Chan started as a stuntman and a cook but nw he is not anymore
Eminem started as a plate washer
Bruce Willis started as a gateman at a factory
We all can start from anywhere to somewhere.

Coordinating actors on a zero budget film is the hardest in this industry.

Apocalypto was Mel Gibson's work that he wrote and directed. It was released in 2006 and critics believe to be one of the violent film of that year.

There is no way a woman can fall for a six packs man and leave the one with six cars.
So please dude stop going for gym and go to WORK.

Jamie Uys was a South African Filmmaker who got his break through in his The Gods Must Be Crazy. Though he had other movies but only one movie mapped him worldwide. So my actors out there work hard on that one project and ur work won't be in vain.

Dream is the most illusionous thing in someones' life. 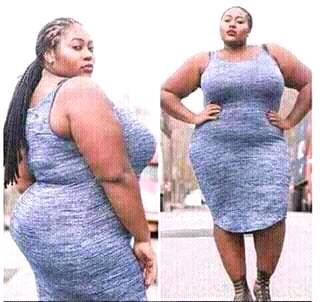 And the life goes on no matter which condition we will still have all type of people with different sizes. Big, small, tall, short, poor, rich and so on...never be discouraged

who missed high school acting and directing like me

When an actor is rich he is rich for life

Can you defy your parent for talent?

Films are our minds in virtual reality...and any story can be fictionalised and animated

James Allen
Life is a dream for the wise, a game for the fool, a comedy for the rich, a tragedy for the poor.

Dream Big Entertainment Present Mundes Films...We Make Classic Music Videos At Affordable Prices..So Any Artist Planning To Take It Further In Term Of Videos...We Are The Rite Partners For You.

Amen To All The Hard Working Entertainers

film AND music industry is a family, a company, a friend and a co-operation...Drebient is in need of that chain of members..HAPPY AND BLESSED SUNDAY.

we are dreamers forever. Don't hate coz we are doing our things. Dream big entertainment

big entertainment
Zee fashion
Bang Zee an actor and a fashionista killing it with his new costume,..👏👏

We hustle everyday....any artist interesting for a classic music video should just call that number for more inquiries..we are the dreamers of the same dream..thanks


Other Kampala arts & entertainment (show all)

Plan and work out your plans!

we are a one stop media a 360 all round company we plan events,tv shows,radio shows,you tube blogs,voice overs, Dj and artist management etc

Our inspiration and goal is to be as creative and experimental as possible.Moving forward , breaking boundaries and creating new musical pathways because we believe Creation is the way as we make experimental African music.

We sell the best games and consoles made today,provide quality Tech consultations,develop games and App for the latest techgnoogy Android and PC Meet us at : MAARA LAUNCH PAD TUSKYS SUPERMARKET BUILDING LEVEL 3 OPPOSITE MAKERERE MAIN GATE