''If you do enough work you fail more and improve more'' Raymond Malinga of Creatures Animation tells us the values of achieving standards as creatives in a young industry.
#Digiartfest2018 #animator #enterafrica #learn #DesignHubKampala

we are still going strong

Nanti ffe at PH vision Group... we can actually capture those bagole in 50 different shades of gorgeousness

The headquarters.... this is where its cooked

On the coffeeshop set

Alinda on set with Mrs. Muturi

can someone tell us a thing or more about camera lenses

These guys are hilarious, who shakes hands before eating, what if hands weren't washed when they went to the loo before lunch... and we saw them

Coffee Shop is on every Monday, Tuesday and Wednesday at 9:30 pm only on Urban TV. “The Coffee Shop” is a meeting place for friends; Lisa 28, Monica 25, Christine 34 and Allan 30, the perfect cast to show the modern city life. this award winning show is back on your screen with a brand new season 2! Coffee Shop is an original production of Vizual Central; A Vision Group Company.

Let us just leave this here

for us here we cant stop buzzing about Coffee Shop,it has the best storyline, awesome characters, great drama and excellent graphics, sound and music! we love you and we want to share all good things with you. Coffee Shop is worth your time; ranked as the best local television drama series! best to watch on the weekend, or on a regular day or at the end of a hard days work! refresh your mind, love Uganda, love local talent, love Coffee Shop! Coffee Shop is an original production of Vizual Central; A Vision Group Company Everyone is talking about Coffee Shop; a fantasy drama television series airing on Urban TV, staring some of the finest talents in our film industry, catch all the fun, action, drama and gossip in the brand new season two! Coffee Shop is proudly produced by Vizual Central; A Vision Group Company.

Coffee Shop just isn't the same without you guys! WATCH OUT for the brand new season starting today; dont miss out on the epic drama and action directed by the finest creative producers here at Vizual Central; a Vision Group Company

#CoffeeShopUG Season II full Trailer out! Get set for a captivating season 2 of the award winning TV Drama series, Starting soon only on Urban Television
Who is your best act or what was your best Scene in season I?

For a successful production, one has has got to have a focused cast and Crew. Bukedde's Omwana We Ndagu, a Vizual Central Production.

A character that can transition deserves an applause... caption this... Omwana we Ndagu a Vizual Central production...

Pitching material, creating awareness of the Umeme App.... come lets do the same for you 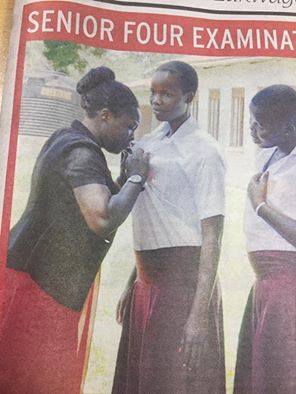 To the S4 candidates doing their exams, Just believe in yourself and even if you don't just pretend that you do and at some point you will. This checking must not scare you, its just routine

Passion, Patience, Perseverance. You have to do this if you’ve got to be a filmmaker... meet Alinda, our digital producer and script writer.

Laptop World (U) Ltd is a leading e-retailer and retailer committed to becoming the most loved and trusted store for all electronic devices. We understand and share your need to create an online presence that can best tell your company's story, products or services A23 Labs is an Information Technology platform that designs, develops and distributes decision support systems. IEEE Uganda Section is dedicated to advancing technological innovation and excellence for the benefit of humanity in Uganda. DesignJungle is a registered Media | Web | Audio Visual |Systems communications company established in 2009 and registered in 2014 based in Kampala,Uganda