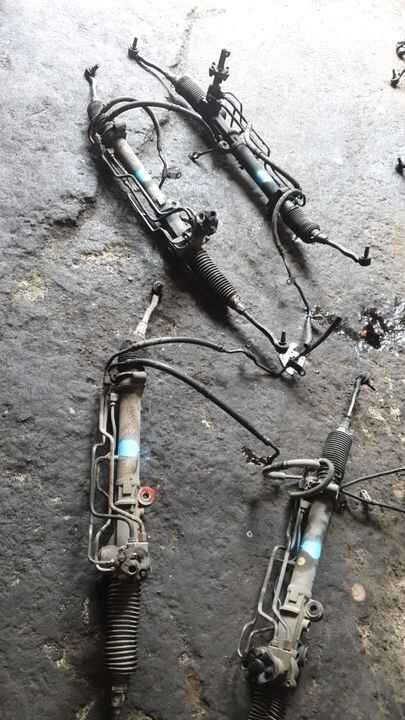 A bird asked a Bee,
"You work so hard to make Honey but people steal it all. Don't You feel sad?" The Bee replied,
"No, They might have a way of stealing my honey.... But will NEVER steal the Art of making it!" People may despise You, Discourage or Steal your ideas but they will never Separate You from the Source of your Blessings.
Always Stay close to God,& You will live to Enjoy every good Fruit in the land.

In my today's word of inspiration.
If u are willing to change and see things differently, if u can see an opportunity in every challenge then u are bound to be a winner but if u think that things will be da same like they were 30yrs ago then u are living in an ancient world.
If u still encourage yourself or your children or whoever da person is to read hard pass with good grades get a govt job and start living a comfortable life u are digging your own grave coz the jobs u are striving for are just imaginary but in reality there is non.
Its now or never, teach yourself a skill,develop your talent,start a small business, do dat odd job...no one cares as long as u are heading somewhere. The jobs u are looking for u will soon be giving them to others
Have a blessed Tuesday.
Kibira Adam huds

In my today's word of inspiration.
The reason to why some of us are still slaves to our bosses is because we fear to fail, we fear to start our small businesses because we fear to become unsuccessful
But if I may ask how times did our teacher write in your exercise book do correction??
It means that life as well as business has mistakes and failures here and there but there is room for correction.what u only need is to start.
Also do u know why u did not do our A'level exams in P.7 its coz u were not ready for it till u were prepared enough to sit for A'level.
So who tells u now that success comes at an early stage...for u to be successful u must be prepared for it.
Start small and have time to do correction till u reach our successful stage.
-Kibira Adam)

A boy and a girl live together as boyfriend &
girlfriend. After a couple of years, the guy finally graduated & decided to further his studies overseas.
Before leaving, he proposed to the gal: “I'm not very good with words. But, all I know is that, I love you. If you allow me, I will take care of you for the rest of my life.
~
The girl agreed, & with the guy's determination, the girl's family gave in & agreed to let them get married..
~
Before he left, they got engaged. The gal went out working, whereas the guy was overseas, continuing his studies.
They sent their love through emails & phone calls..
Though it was hard, but both never thought of giving up.
~
One day, while the gal was on her way to work, she was knocked down by a car that lost control. When she woke up, she saw her parents beside her bed.
She realized that she was badly injured. ~
Seeing her mum cry, she wanted to comfort her. But, she realized that all that could come out of her mouth was just a sigh.
she had lost her voice….
The doctor says that the impact on her brain has caused her to lose her voice.
~
Upon reaching home, everything seems to be the same. Except for the ringing tone of the phone which pierced into her heart everytime it rang.
She does not wish to let the guy know & not
wanting to be a burden to him, she wrote a letter to him saying that she does not wish to wait any longer.
~
With that, she sent the ring back to him. In
return, the guy sent millions & millions of reply and countless phone calls..
All the gal could do is still crying. Her parents decided to move away, hoping that she could eventually forget everything & be happy.
With a new environment, the gal learnt sign
language & started a new life. Telling herself everyday that she must forget the guy.
~
One day, her friend came & told her that he's back. She asked her friend not to let him know what happened to her.
Since then, there wasn't anymore news of him.
~
A year has passed & one day her friend came with an envelope, containing an invitation card for the guy's wedding.
The gal was shattered and heart-broken. When she opened the letter, she saw her name on it instead..
~
When she was about to ask her friend what was going on, she saw the guy standing in front of her.
~
He used sign language to tell her ''I have spent a year to learn sign language to be able to communicate with you, and just to let you know that I've not forgotten our promise. Let me have the chance to be your voice. I Love You…”
__________
We prophesy that when u think all hope is lost that's when your luck will shine. May
u also find that person who will stick with you no matter the situation.
~~~
Don't forget to Like And Share

I fel n love with u on the first day u appeared to me, we have been moving along well, we experienced joy, laughter sadness altogether u have never left my side, wc I have been grateful of but before I even reliase u are now leaving me, its so sad that I will never see u again in my life however much I would love to stay with you for a little while. I will always remember u as a year in wc I managed to board a plane, a yr I lost my friends ad family a yr of love and betrayer , I will never forget u. Bye bye 2015.

When a girl loves, she loves for real. When she loves you, she becomes happy, she becomes proud of you and she feels happy when talking to you... She will be friend with your friends and relatives, your likes will be her likes, she will change her life style to fit in yours.
No matter how much you disappoint her, she will forgive you before you apologize, yes she loves you. She will try to be a little bit jealous and protective,because she wants you to be hers and only hers.
Her boyfriend will now become her EX... because all her future will be in ur hands. She will reject all proposals from other boys. No matter how far or near you are, she will protect herself for you. She will like everything you post on Facebook no matter how stupid it is... retweet everything you tweet on twitter and will instantly reply to all ur messages on WhatsApp or Facebook, She won't mind, whether you give her Money or not, whether you are rich or not, coz her interest in you is your future not what you are now.
She will show you all her friends and relatives, because she's proud of you! Look at that girl, her heart is made of Gold, so precious and full of love. She deserves to be treated as queen.
But this bastard (some guys) after making her love you wholeheartedly,after making her waste her time on you, after making her reject other guys who would have been useful to her, and after all, having let her show you to everyone she knows that you are the ONE, Now you're leaving her, leaving her broken hearted, guys whom she rejected because of you are going to laugh at her, her friends and relatives will ask, WHERE IS HE WHOM YOU TOLD US?
All she could do is to sit put her head on her knees, cry as if there is no tomorrow. Cry endlessly because she loved you endlessly.
Guys, don't make that girl regret why she loved you. Don't make others laugh at her. Fulfill your promises to her, if she wronged you, give her a second chance, everyone deserves a second chance. Know that she is a human not a god, she can't be perfect all the time.
THINK ABOUT IT, GUYS.
like/tag friends n share to inspire others
Don’t 4get to Invites your friends, lovers, colleagues or relatives 2 this beautiful page
If u think they may learn 1thing or two


Other Automotives in Kampala (show all)

We do car spraying , and t-cut

ALL THE CARS U WANT AND AT FAVOURABLE PRICES

we do panobeating,spraying,mechanical engineering, wiring etc.......

We deal in all Types of Automotive Glasses; front windscreens, Door Glasses, front Vent, side fixes,