we are here for fun

As we come closer to the end of the Holy month we have a very special package for you and your loved ones on Eid. Look no further than BMK Cafe for the most delicious meals at an affordable price.
Call us on 0705126088 for reservations.

The first Big Brother show was almost 2 decades ago. I remember everyone raving about it when it started. So, I spent an hour watching it. I couldn't get it. Those were just people sittting there talking - maybe I was too early for the s*x scenes. I had so much , I watched for another hour the following day. Still, those people were just sitting there talking.

I realised that the target market for the show is people who don't mind watching CCTV footage the whole day in the back office. Some of you are in the wrong jobs.

A Zebra is very beautiful, attractive and well built. The problem with it is you can't instill values in it, its not good for procreation and can't always be kept as a pet as it brings Tourists to the yard.

A donkey on the other hand can help you build a whole house, you can fetch water with it, you can do farming with it and create wealth. Not so beautiful as the Zebra but submissive and very helpful.

Depends on who your lawyer is for the law to apply effectively on this... There are pictures showing that Suzan is introducing that guy. With words like Suzans kwanjula and suzan introduces Aloysius. Secondly, a good lawyer will look into what leads to that "invite". In the long run, he sent a letter requesting to be invited and be born in the family. If that letter surfaces, he will be in trouble. If he denies sending it, that means the introduction was null and void traditionally so still they wouldnt be recognized as traditionally married. Still if in time he shows intent to marry her, thats another law suit for lying to authorities... All ways, it ends badly. He should have just enjoyed the previlage of bonking her in peace without these marriage things coz he wont be able to win this one... The entire cast of his fellow con artists are against him and we know they will do all possible to support the wife than him.

Hi Patrick. Please hide my name. I will try to be a short as possible. When I met my partner he was going through a nasty break up with the mother of his baby. She cheated on him twice and then dumped him. To make matters worse she denied him access to the baby. I became a shoulder he needed. I helped him through the healing process, even paying for a psychologist from my own pocket. I also paid a lawyer to help him fight to have access to his kid. I literally saved him from committing su***de three times.

He because the man I wanted him to be. He started concentrating on his business and most importantly, our relationship. I fell pregnant and we were overjoyed. He started talking about visiting my parents and I welcomed the good news. A letter was sent to my family after I gave birth and we started making arrangements. The day arrived and my family waited until food got cold. His phone was off the whole day. None of his family members took our calls, expect for his mother who answered and promised to call me back.

To cut to the point, on the day he was supposed to pay visit for me, he paid for his ex. The very same one that almost made him commit su***de. What's hurts the most is he made a fool of my family. He didn't have to lie to us, he could have broken up with me and went back to her. I learned afterwards that he got back with her while I was pregnant. For a year it happened right under my nose and I didn't suspect a thing. I'm not bitter, just disappointed and hurt. But I will rebuild myself and live happily with my child. I wish him nothing but the best in his marriage.

There are good Women who are side chicks,Hoes that have perfect relationship. Good guys who are cheated on, Lazy people who have money ,Givers who are really poor, Stingy people who are very rich, Innocent people who are in prison and thieves who are walking freely . Drop outs who are successful. And Graduates with no jobs . People who don’t drink nor smoke but still death chooses them first 😴And then alcoholics with the greatest well being 🤷🏽‍♀️ this life thing there’s no manual book in how to perfect it ✅the are no rules 🤞🏽Best you live your life the way you want 🙏

RWANDA REPATRIATES BODY OF UGANDAN WHO DIED IN PRISON
The Rwandan government has finally repatriated the body of a 38-year-old Ugandan national who died almost a month ago in Rwamagana government prison, in the Rwandan Eastern Province.
The deceased, John Baptist Tumukorereki, a resident of Kyabuhangwa in Kamwezi sub-county, Rukiga district died in the Rwandan prison on May 16th, 2021.
His body was handed over on Tuesday evening to Rukiga District Authorities at the Uganda-Rwanda border of Kamwezi at around 7pm.
According to records from Rwanda Correctional Service (RCS), a department that handles National Prison Services in the country, Tumukorereki was arrested while smuggling illicit drugs in Rwanda.

What cat is this

Which church is this 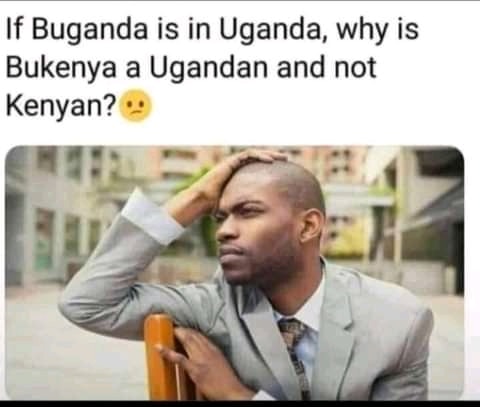 3yrs ago on my way to the East, a truck had fallen in Mabira, the jam was so long that i almost dozzed off. Suddenly, a convoy of taxis and coasters was turning off into that junction at Hands of Grace Sec School , this was a few cars behind me. I figured they must be taking a detour to pass this jam. I turned like a ninja & followed them.

28kms later, they all stopped, i figured coz the road was narrow and a one way, they were giving way to oncoming traffic, i also stopped, looked behind and over 20cars were behind me.

Everyone started coming out of their vehicle, i figured i could get out and stretch abit.

"Hajji, vvayo ogaleewo tugende", the guy in the car behind me beckoned me.. I was like "lwaki"? His response got me the answer i didnt expect, "motoka anti eli kku lumbe tezituukayo". . "Fcku...", i silently mumbled to myself. I had followed a fleet of guys going for a burial. I looked behind me, looked at the progress i was in, and noticed i wasnt going to be able to turn.

With confusion, sheepish stupidity and anger, i made up my mind to go eat the luumbe food in revenge. I followed the crowd, at the burial entrance, tents and seats were given according to physical appearance, i was ushered into the tent that had the who is who of UTODA (those huge Hajji's). I sat without a farce.

Food was served, and we were ushered to the serving centres ( anti, abaneene ba Utoda). From the tent , i had already learnt that the deceased was Majid, he had two wives and 6 kids. All through, these UTODA officials treated me like one of their own, i laughed at their jokes, accepted their investment proposals for young men and talked about the new KCCA taxes .

All was going well until the speeches started. Being the fact that the one had to move to the centre to give the speech, all these big bellied Hajjis unanimously selected me to represent them and give a speech..... I felt a salivary stone slide down my throat, what was i going to say ?

Anyway, our turn came, they made way for me, i walked like a real Hajji, got the mic, passed on our condolences, made a few good remarks about Majid , wiped my face abit in sorrow, and signed off by assuring the widows and orphans that we will step in to help the kids till they became independent. Everyone clapped in the affirmative and i ended my speech by the usual "ALLAH AKUSASILE EBYAKUSOBAKO"...

Moslems waste no time at burials, within two hrs, we were back in our cars to go, i followed the convoy, we turned off and drove around for like 40 more minutes and came out from Lugazi, at the junction from Buikwe.

Today, i find myself stuck in this same jam, and some vehicles are turning to some junction infront of me, but am not risking, i will not follow them, i will not end up telling lies at another dead mans send off ceremony.

Anyway, the jam has started clearing, let me get ready. 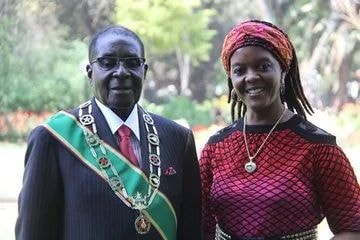 Zimbabwe's former First Lady, Grace Mugabe has been summoned to appear before a village court by Chief Zvimba.

She's been asked to explain why she buried her late husband, former President Robert Mugabe at his rural home in Zvimba without fully adhering to tradition.

The mansion of Alhaji A. A Rano, Abuja, Nigeria MINISTER BEATS UP THREE PRIEST
A minister from the eastern region allegedly roughed up three Anglican priests last Saturday over a land dispute.
The wrangle pits St John’s Church of Uganda Wera and the neighbouring Wera Seed Secondary School, both in Amuria District.

The attack reportedly left one of the reverends bleeding on the head. The minister, whose name has been withheld for legal reasons, allegedly claims the church encroached on the school land he lobbied for.

The injured clergy are Simon Peter Olato, Benjamin Otasuro, and Peter Eriku.
Witnesses said the minister parked at Wera Seed Secondary School and dashed to a nearby garden where he found the priests and other Christians planting cassava stems. 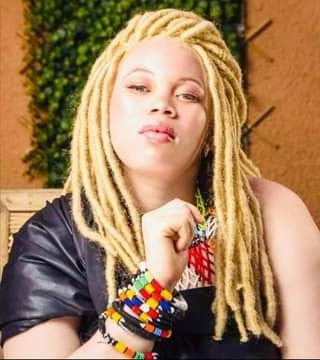 South Africa is one of the few countries that takes representation for people with albinism seriously.

How SDA couples pose for photos.😂😂

The Police in Ibanda has destroyed a garden of cannabis that had been concealed in a banana plantation in Rwamabare lower cell in Kigarama Ward, Ibanda Municipality.

The Ibanda Central Police, OC CID Paul Muhenda said Joshua Karara the suspected grower was not at home at the time of the raid while a worker who was there took off on seeing the Police.
He said the operation at the residence followed a tip-off by one of Karara's workers.

We acted fast and moved to apprehend the culprit but unfortunately, the suspect wasn't at home

“We managed to destroy the crop that amounts to about 50 plants at various stages of growth. Some were almost ready for harvest,” he said.

Other Advertising/Marketing in Kampala (show all)

"You are what you wear"

We deal in music promotion,events organising and also talent search

Kano Kalango is an advertising, marketing and PR company that lets you advertise your products, events and services for FREE! 0702435962

+256775259917 CWG ads is the best place to buy and sell anything to real people in East Africa, Uganda. It is the biggest free online classified listing website with an advanced security system in Uganda. Buy and sell for free.

We give the best promotions any where in world