Launched in October 2015, Lakeside Garden is a newly renovated guesthouse in Mae Hong Son. Featuring balcony views over Chong Kam Lake in the very centre of town, Lakeside Garden is the perfect spot to get acquainted with the charms of this pretty provincial capital. At Lakeside there is a choice of 12 comfortable rooms, most en suite with hot showers. The classic Thai teak house has four simpler

- and cheaper - choices, while the hotel wing includes views and access directly to the park around Lake Chong Kham.The Garden Bar is a pleasant spot to enjoy a beer at the end of the day or a coffee with free WiFi anytime. Breakfast and light snacks are available

Mae Hong Son can be found approximately halfway around the Mae Hong Son Loop, the famously picturesque route out of Chiang Mai winding through Pai, MHS, Mae Sarieng and passing some of the most spectacular - and remote - scenery in northern Thailand along the way. It makes for a fine journey by motorcycle - with no shortage of fascinating diversions, adventurous travelers can easily enjoy a fortnight doing the circuit (or cram it into four days...). Mae Hong Son is also well served by buses and minivans coming from or going to Pai, Chiang Mai or beyond. Mae Hong Son is an enchanting little town, mostly peaceful, sometimes surprising for its liveliness. It is a great base to explore local temples, hill tribes and the surrounding scenery, or just to kick back and relax for a few days. Don't expect mega malls or even supermarkets but MHS is well appointed with restaurants, coffee shops, friendly locals and - especially now! - welcoming guesthouses.

That's it for us in Mae Hong Son and that's it for Lakeside Garden - after three mad, great years there were too many complications involved in pushing forwards. We'll miss the place dearly. Meantime, we're decamping to somewhere on the coast to enjoy at least one season on the beach. Thanks for your custom and support and good luck on whatever road you're travelling - cheers.

Poy Sang Long takes place ahead of Songkran here in Mae Hong Son, when young Shan boys are initiated as Buddhist novices - it's a colourful, noisy ceremony and a compelling draw for some visitors.
Meanwhile, with the mercury now reaching past 40 degrees, it's time for a break: Lakeside Garden will be closed during May and re-open for the rain - and a little cooler weather - in June.

bangkokpost.com MAE HONG SON: Golden umbrellas draped in beads and flowers provide shade for boys as young as seven riding on their fathers' shoulders in a procession through the mountain town of Mae Hong Son on Thailand's northern border.

Here's a short and elegant little film by Marko Randelovic about the Kayan of Huay Pu Keng, only a few km from Mae Hong Son town. The (in)famous 'Long Neck' women of the Kayan have been the subject of some controversy in recent years - Marko's film allows some of these women to speak for themselves around the subjects of tourism and 'human zoos'...

The Kayan people of northern Thailand's so called 'long-neck' villages would like the world to hear the truth behind the negative media headlines.

Best wishes for the New Year from all of us at Lakeside Garden - Safe and happy travels in 2018!

The sunflowers are in full bloom down at Bua Tong - well worth a visit but you might want to avoid the weekend...

Loy Krathong is beautiful in Mae Hong Son - peaceful, spiritual, ambient, with the mostest perfectest backdrop. Remember us in the crowds in Chiang Mai and have a great one wherever you are!

This photo of Thung Bua Tong - the Mexican Sunflower Fields - at Doi Mae U-kho was taken precisely two years back. The view into Myanmar is spectacular all of its own but come November, the entire hillside blooms into magnificent yellow. It's a popular attraction for Thai visitors - now's the time to be thinking about making a trip!
The Mexican Sunflower (tithonia diversifolia) is the flower of Mae Hong Son province and is said (quite credibly) to have been introduced to the area by Christian missionaries the better part of a century ago. We'll aim to get some images of the hillside in full bloom in a few weeks time - watch this space.

The rice grows tall, the skies are (mostly) blue and Lakeside Garden is open for the 2017/18 season. Peace yet prevails but Mae Hong Son is slowly stirring from the long, languid wet season - we're looking forward to the stunning sunsets of October, cooler evenings and visits from explorers keen to acquaint themselves with the furthest flung corners of Thailand. Internet bookings via booking.com are now live, prices are held from last year and you'll notice a few improvements about the old place if you drop in - don't be a stranger! It's been a long, great, busy season at Lakeside Garden and we hope our guests enjoyed themselves as much as we did. The mercury has been creeping up in March - above 39 centigrade the past five days - the burning season is here, visitors are down to a dribble and it's time for a break. We'll be closed for the heat of April and Songkran, re-opening later in the year when the rains have cooled things down a bit - so not anytime too soon. Watch this space - cheers!

The sun is shining again in the northwest after a few days of rain and cloud, as seen in this view of the Bamboo Bridge (Sutongpe Bridge) taken this afternoon. Happy New Year to all!

ROAD REPORT: There don't seem to be that many motorcyclists or scooterists on the Loop at the moment - a pity because it really is beautiful out there right now. It's dry and sunny and clear but be sure and bring some warm clothing if you're planning a motorcycle trip over the next couple of months, especially something to keep out the wind - it's surprising how cold it can be at 70kmph in a morning shadow. Road surfaces are mostly very good on the classic MHS Loop - some repairs seem to be scheduled just north of Mae Sariang where it's gotten a little bumpy and there is a small section being resurfaced halfway between Khun Yuam and MHS. Reports suggest the road between MHS, Pai and Chiang Mai is still in very good condition and on the whole it's looking fine. It's also worth noting that repairs/resurfacing to the 105 south of Mae Sariang to Mae Sot are almost complete with just one last section in the high mountain passes yet to be sealed. It's much improved from 12 months ago and eminently traversable. There are some fantastic vistas up there and this route could make for a very worthwhile addition to the Loop - pictured here is the gentler section south of the hills in Tak province, alongside the Moei River.

The Mexican Sunflower Field (Thung Dok Bua Tong), out of Khun Yuam, is in full bloom right now. It's quite the sight but, really, this road and the viewpoint would be spectacular on almost any day of the year.

View over Chong Kham Lake from the guesthouse, in real time - it's a beautiful evening here for Loy Krathong 2016! Meanwhile, we're pleased to announce that we're now available for online bookings at www.booking.com - come visit!

Halloween marks some important anniversaries at Lakeside Garden, including the first anniversary of our official opening. This season, we've been receiving guests since the end of September. There won't be any launch party while Thailand is in mourning but - just so you know! - we're fully open and on the eve of November, the skies are (finally) dry and the forecast is for sun. More soon - have a good one! 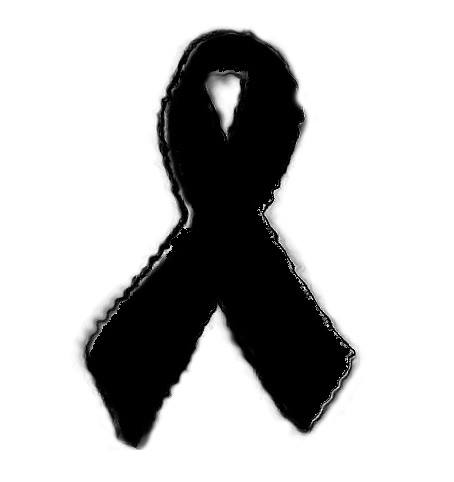 The rainy season is approaching its end and the days are becoming sunnier and drier. This is one of the best times of the year to visit: the valleys of Mae Hong Son are green and verdant, the air is beautifully clean and the views crystal clear to the mist-shrouded hilltops on the horizon. Lakeside Garden Guesthouse will be open for the new season very soon - watch this space!

Well, that's it from Lakeside Garden for this season. Songkran is over and the thermometer has been reaching 43 degrees almost daily during April so we're closing and going to the beach. Hope to see you again at the end of the summer - cheers!

Looks like all the repairs and improvements on the 1095 from Mae Hong Son through Pai towards Chiang Mai is about complete (even the underpass north of Chiang Mai is open!). It's impressive work - for now, this is a comfortable, spectacular and fast road across the north, at least on a bike.

The Western backpacker: an endangered species?

At risk - maybe - but there are still less beaten tracks and quiet corners to explore...

uk.finance.yahoo.com British travelers once ventured to Southeast Asia for cheap thrills in exotic locations. Now, they're likely to discover a more beaten track.

Recent view from Wat Phrathat Doi Kongmu over Mae Hong Son town (Chong Kham lake is dead centre) - and one from the other side across the hills.

The nature of Monkey was irrepressible!
Good luck all for the Year of the Fire Monkey!

china-family-adventure.com 2016 is the Chinese year of the Monkey, the Fire Monkey to be more precise. What does it have in store for you? What about babies born in the Year of the Monkey? Find out! It's a butterfly garden this week at Lakeside, with the Ixora bushes in full bloom...

View to the office block from the garden...

...where the roses are definitely enjoying the cooler weather - high of less than 27 degrees centigrade yesterday!

Here's Room 8, downstairs at the Lakeside, a cool and shady double with en suite shower room.

This is the quiet sitting area outside the Room 8 window, facing onto Chong Kham lake. 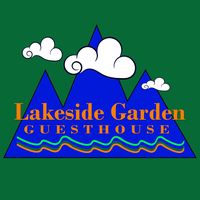 The full moon on Wednesday 25th November brings Loi Kratong, when Thai families float lanterns onto lakes and rivers as a symbolic release of past transgressions and anger. Here in Mae Hong Son, the event coincides with the Lanna festival Yi Peng, when hundreds of sky lanterns are also traditionally launched into the night sky. With a great view over the lake and temples, we're expecting quite a show at Lakeside Garden... 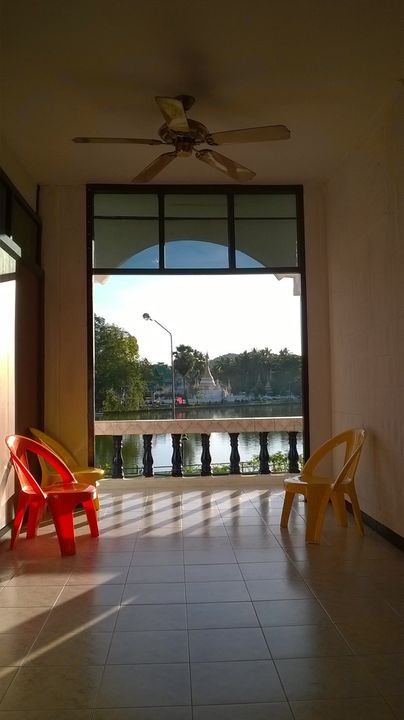 The view down the hall to the upstairs balcony

Weather lovely as the rainy season concludes - warm, sunny and fresh (though still hot in the afternoons). Healthy A/C-and-fan-free sleeping!

Note what counts as 'cool' in the Tropics!

Two recent views in and around Mae Hong Son...