Yiroland TV is a platform for sharig memes and ideas. Yiroland TV will be entertaining you with very The CEO & Founder Of Yiroland TV Is MaQur MaJeng. 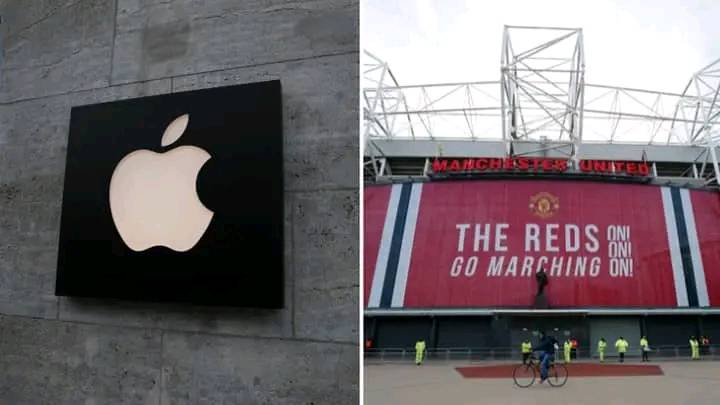 🚨 Tech giant Apple are interested in buying Manchester United for a stunning £5.8billion.

Ladies and gentlemen, allow me to take this golden opportunity to announce to you that the official registration of Yirol Talent show first edition has began and the dateline will be on date 14th December 2022.
CATEGORIES.
-Music (Sub-divided to genres)
-Poetry
-Comedy
-Cultural dance
-Modern dance
-Fashion and design
-Drama
-Arts and craft
And many more.
SPECIAL COMPETITION!
-Best dancehall champion in Yirol.
-Best Hip hop champion in Yirol.
-Best Cultural dancing group.
WINNERS
-Trophy
-Cash
JUDGES.
YTS will be judged by the most prominent Producers, DJs and entertainment experts within Juba.
REQUIREMENTS.
1:You must be from Yirol.
2: Soft copy smart photo
3: 2500 SSP(Personal)
4:5,000SSP (group)
REWARDS.
All the participants of Yirol talent show first edition will be provided with certificate of participation and motivational cash.
CENTERS FOR REGISTRATION.
-SUK SITA.. +211922609006
-JEBEL MARKET..+211988224215
-NYAKURON..+211922665053
Please don't forget to submit your smart soft copy of your photo.
NB: THIS IS NOT AWARDS🙏
CHARITY BEGINS AT HOME.
MOTTO: TALENT TO UNITE AND INSPIRE.
LET THE LOVE LEADS.
MAMA KISS PROMOTIONS AND EVENTS.
TEAM NO BACKWARD.

Click on this link to Vote for John Frog: https://afrimma.com/afrimma-vote-2022/

According to a source in J1, President Kiir fired his Press Secretary Ateny Wek Ateny for having committed a very serious mistake of editing the president decrees to include the name of Central Bank Governor Moses Makur Deng in the Presidential Decree which was meant for the removal of Minister Agak Achuil. Governor Makur lost his job on illegal editing made by Ateny Wek. President Kiir was very shocked to see the name of Makur on the evening TV news and he questioned what included the name of Governor Makur in the decree that was issued to relieve Minister Agak alone.

On the following morning, President Kiir did not see Ateny Wek around and he asked about his whereabouts and he was requested from his hotel Palm Africa where he came and met President Kiir. They discussed the matter of Makur's dismissal and the details were dreadful and President Kiir told Ateny that it is a serious mistake more than your previous mistakes. There are claims that Ateny told President Kiir he was instructed by Gen. Lual Wek Maroldit to do so in order to create a return ticket for former Minister Athian Diing.

More officials are yet to be sacked.

JUBA – South Sudan opposition leader Dr. Lam Akol Ajawin has rejected yesterday’s extension of the transitional period by President Salva Kiir Mayardit and First Vice President Dr. Riek Machar Teny saying there are no guarantees that the next period will be different from the previous years.

On Thursday afternoon, Kiir and Machar expanded the lifespan of their government for at least 24 months arguing that the remaining months of the transitional period is not enough for implementation of the remaining tasks of the revitalized peace agreement.

In reaction, the National Democratic Movement (NDM) led by Dr. Lam Akol said the peace roadmap that was announced by Kiir and Machar yesterday does not give explanation as to why the parties were unable to keep their promise to implement the agreement within the last period provided for in it.

“The roadmap which was unveiled today, is conspicuously silent on any explanation regarding why it was not possible to keep to the timetable of R ARCSS, contains no guarantees as to how the two years will be different from the previous four, the extension is not tied to the elections timetable nor to the implementation of the outstanding activities, and no mention at all of an all-inclusive conference for the South Sudanese to discuss and agree on the way forward beyond 22 February 2023. It is that conference that would decide on the transitional administration that can be trusted to carry out the elections,” the statement signed by Dr. Lam reads in part.

Akol distanced himself from the roadmap and renewed his call for a roundtable conference where all the stakeholders will decide on the way forward beyond February 2022.

“On the basis of the above the NDM, as a signatory to R-ARCSS, distances itself from the roadmap rolled out today as it is just nothing but increasing the time of stay of the current government in power,” the statement said.

“We advise our colleagues in government to revisit their stand and present what they signed today as their position in a round table conference of all the active political and civil society forces in South Sudan. That is the only legitimacy the South Sudanese will trust. There is still enough time for them to do so,” he added.

He said the “people are still suffering as the insecurity surges, the economy plummets, our refugees continue to languish in millions under difficult conditions in the refugees’ camps and those remaining in the country face extreme humanitarian difficulties including hunger, disease, violations of human rights and floods.

“We should be mindful of them more than clinging to power that does not serve the very people we claim to represent. True leaders are those who put the interests of the people above their own.”

BREAKING NEWS: Peace parties have agreed to extend the transitional period for another 24 months until December 2024, to complete the pending chapters in the revitalized agreement.

Prominent activist and CEPO Director, Edmund Yakani said the civil society representatives have agreed to the consensus, expected to be disclosed on Thursday.

In this photo is Terekeka Junction.

Below are some of the true details.

Dr. Riek Machar, the First Vice President of the Republic, has refused to accept more than 45 (forty five) cows as dowry for the hand (marriage) of his daughter, Judge Meer Riek Machar, during the dowry negotiations yesterday (Sunday) at his residence in Juba.

This is despite the fact that his daughter, Meer, is holding a Masters Degree, and has been a practising lawyer (judge) in London for the last eight years.

This is also despite the fact that the groom's parents offered more cows for the marriage of their son.

Initially, Dr. Riek Machar and his wife, Mama Angelina Teny, only asked for 11 (eleven) cows for the dowry per the initial customary laws.

Their argument is that raising or inflating dowries for marriages as is currently happening in some communities in South Sudan will make it extremely difficult for young people, including graduates, to get married and establish their respective families.

But other relatives from the FVP's side agreed to the reduction to 45, instead of just 11. Their argument is that Dr. Riek will also have to give a number of cows to various uncles of Meer, etc., from the 45 as the customs dictate it.

Also 5 to 8 cows from the 45 cows will be returned to the groom's in-laws as the customs in Western Nuer demands it.

So technically, the dowry is only 37 cows to be paid to the bride's family, from which uncles of the bride, etc., will also be given some cows.

It is important that our leaders set a practical example in the drive to reduce the bride price, and make it affordable to form a family in many communities in South Sudan. A family is a nucleus of a society.

Currently, dowries or bride prices are being increased to hundreds of cows or their equivalent in money. This is unbecoming!

Congratulations to the family of the First Vice President for walking the talk, and being exemplary.

And God bless the marriage and the new forming family between William Deng and Meer Riek.

Another plus to this marriage is that it is another case of intermarriages in South Sudan.

William Deng is from Warrap state while Meer is from Unity state.

Let us accept and embrace intermarriages among our various communities or 64 tribes in South Sudan. Love has no boundaries.

Yirolian are so proud to have you😌🙏💗.

Relationships in Africa is like Bluetooth. Any small distance, it will disconnect and search for another one..! ☝️😒

At what age did you realize 'BAE' means Bills And Expenses..⁉️ 💁‍♂️

~ MALIMIIN CONCERT ~
Book For Yourself Ticket Earlier.
Where To Get The Tickets:

Come Once, Come All.
The Show Is Fully Organise With Quality, Security And Strategy Thanks.
.

CHEATING is not a part of “UPS and DOWNS” in a relationship.🙅‍♂️
~•~
Cheating = End of relationship! 👎💔 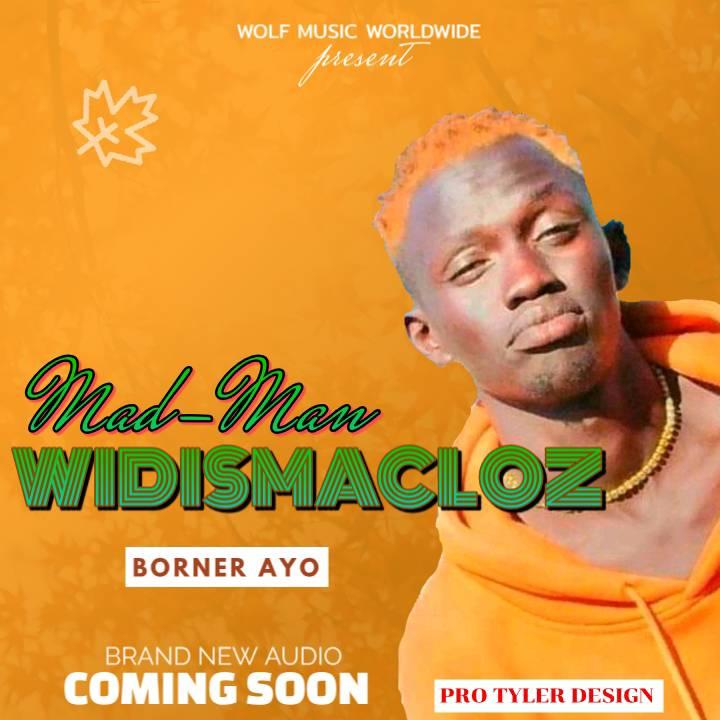 
Other Media/News Companies in Juba (show all)

We bring you authentic, accurate and first-hand information in all corners of South Sudan.

The main objective of creating this page is to promote, support and empower our local celebrities.

This page is concern with delivery of facts that human life, world is best of ideas from different p

God is my protector