I have stayed at Wood Pigeon lodge; I can thoroughly recommend it and the folks who run the place. You will not be disappointed.

Wood Pigeon Lodge provides a style of accommodation aimed at giving the customer a slice of what living in New Zealand should be all about. Fine scenery.

relaxation, easy access to the natural enviromment and rural hospitality at its best.

Work in early summer is getting the firewood in for winter. Approximately 15 tonnes is split by hand each year…with the help of anyone I happen to have working for me. The last three years it has been wwoofers from Germany, France, USA and India. Thank you all.

New Zealand Clematis (Puawhananga) like to thread their way up through the bush to give a stunning dislay.
They prefer their roots in the shade and their heads in full sun and although this one has only found its way up through a manuka they can appear at the tops of forest giants such as matai, miro and totara.

The gigantic trusses of rhododendron 'Mi Amor' flowering now in the garden of The Barn. Each trumpet is about 150 to 200 mm across filling the air with a scent similar to christmas lillies.

Although a curse to trampers and hunters because of its rampant growth and thorny stems and leaves, bush lawyer or tataramoa can look spectacular when in flower - as it is now around the forest margins of the Central North Island,

The first long-tailed cuckoos or koekoea have arrived in the bush around Wood Pigeon lodge this week. Their tail is as long as their body and in flight are unmistakable as is their shreik which can be heard night and day. They have arrived for the breeding season from the Pacific Islands and the main target species for their egg laying is the whitehead (or popokatea).

Today the first shining cuckoo of the spring was heard in the bush around The Tree House. They arrive from the Pacific Islands each spring (and usually the same week) in time for the breeding season and search for a mate. Their melodic whistling continues until they are paired up.

google.co.nz The shining bronze-cuckoo is a species of cuckoo in the family Cuculidae, found in Australia, Indonesia, New Caledonia, New Zealand, Papua New Guinea, Solomon Islands, and Vanuatu. It was previously also known as Chalcites lucidus.

Since this article was published, road signs - like the one pictured, warning drivers of the presence of kiwi have been erected along the highway north and south of Raurimu village.

doc.govt.nz A kiwi hit and run incident in Raurimu last night has resulted in a plea from DOC.

The wood pigeon or kereru is seen more and more in the garden. These seemingly fearless characters have been stripping flower and leaf buds from both the kowhai (sophora) and the tagasaste (tree lucerne or chamaecytisus) over the winter. If you want fast growing trees that feed the birds try these. The tree lucerne flowers all winter, grows easily from seed and in the end makes great hard firewood. Some shelter from frost in their first year is all they need. Being a legume they fix N in the soil and provide good shelter for an understory of more tender native plant seedlings.

Fuchsia excorticata, tree fuchsia or kotukutuku is the largest fuchsia in the world growing up to 15 metres and sometimes with a truck diameter of 1 metre. We have one nearly this size in the bush beside The Barn.
The tiny flowers come in two forms. The hermaphrodite form which is one of only a few flowers (perhaps 4) on the planet which produces (deep) blue pollen and has longer stamens than the second form the female. They appear at the same time, in the same vicinity but not on the same tree.
The flowers open with a shade of green, turn purple and then change to red before dropping, leaving a berry to form in its place. These berries called konini are delicious to eat by both humans and birds alike
The wood with its papery orange bark is hard and durable.
The accompanying photo shows the pollen on the tips of the stamens.

More typical of the smokey grey colour for which the breed was named this Murray Grey heifer calf is born to a first calving 2 y.o. heifer.

Late as it maybe for most other areas of the country calving is underway here on the higher parts of the Central Plateau. This Murray Grey heifer calf was born in the new wintering barn last week at Wood Pigeon Lodge.
The Murray Grey breed is from Aberdeen Angus and Shorthorn genetics and first appeared in this unusual colouring in 1905 on the Murray River in NSW Australia. Commercial herds were not established until the 1940's but are now seen in NZ, the United Kingdom, Canada and the U.S.A. They come in a range of colours; brown to dun grey and to almost white.

Pseudopanax lateus though not endemic to this alpine climate, grows well here despite frost, snow and high rainfall. It is flowering now at Wood Pigeon Lodge. This large shrub is unisexual so the male and female flowers are on separate plants. With its shiny large leaflets/leaves it can be used to give a lush and tropical look to a garden design -should that be what you want in a non tropical climate!

Mt Ruapehu trying his best to show off his early season winter coat.

A snowy Mt Tongariro with a steam cloud erupting into the cold evening air.

Just on sunset. A snowy Ngauruhoe!

This maire tree outside The Barn is heavy in berry this season. Hopefully it will be found by our wood pigeons. From a distance the tree looks orange and I thought it must be dying but on moving closer I found the berries. Clearly there are few possums around here. Thank you DoC and The Animal Health Board for poisoning them and making our bush come alive again.

Recently we had a morning out rafting the Whakapapa River with Sarah from Adventure Outdoors Tongariro. What a fabulous trip and a must do for all those family thrill seekers who love the NZ bush and its wildlife.
Thank you Sarah Cate! 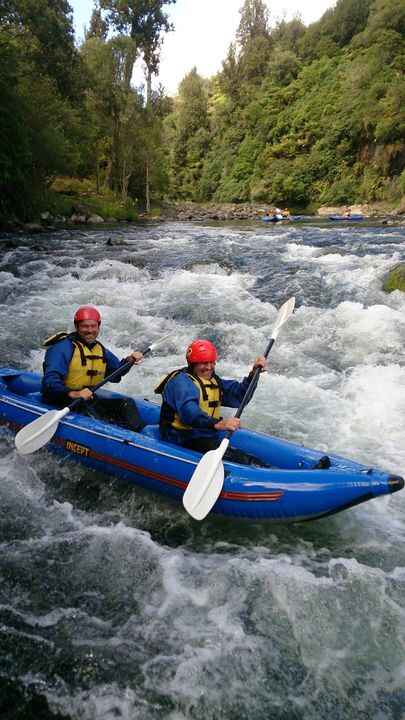 Wood Pigeon Lodge was judged runner-up as 'The Most Environmentally Aware Business' at the inaugural Visit Ruapehu Tourism Awards held last night at The Tongariro Bay View Chateau . Congratulations to all the other recipients.

The nectar will last several weeks coinciding with the breeding season. Tui will often rear two broods during each spring/summer.

One of many Greenhooded orchids flowering in the bush and on the bush margins this month. A lot of these appeared on the disturbed ground around The Tree House after we finished building it.

New fronds on the only silver fern (Cyathea dealbata) we have found in the bush around the lodge. 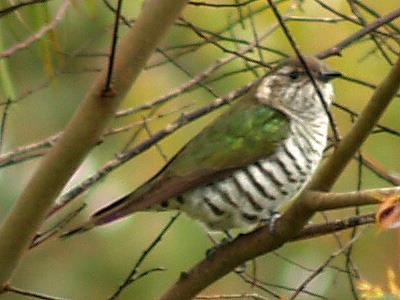 Spring is definitely here. We heard the first shining cuckoos singing/whistling yesterday. They are back from the Pacific Islands to look for a mate and then to lay their eggs in some other birds' nests. This is usually a grey warbler's. Their long tailed cousins are still about 3 weeks away from arriving. They use, in this area, white heads' nests

There has been some lovely new snow and great weather to enjoy it these last couple of days. The forecast has not been too accruate and so for those who came regardless it has certainly paid off. Short queues, blue skies, powder snow and great fun.

http://engage.ubiquity.co.nz/surveys/p9pkQyY-PE62DwjQZXY8FA
is the link to vote for your choice in the bookabach awards for which The Barn has been nominated . You need to register for membership with bookabach to do this which is possible at the end of the voting form once you have voted. You have until September the 30th to cast your vote.

engage.ubiquity.co.nz Vote for ONE property in each category by clicking on the property image or description. Don't forget to include your email address on the last page. You could win a $500 Bookabach holiday!*

The Barn has been selected as one of six finalists in bookabach's 'Bach of the Year' awards in the 'quirky' section which we are very excited about. It is now judged by popular vote. I see that it has some stiff competition. 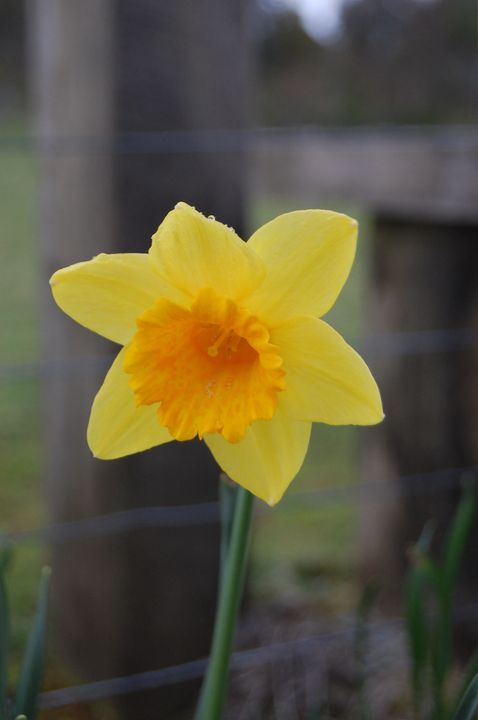 Spring is here and so is new spring snow. The dawn chorus has to be heard to be believed and the evenings are getting longer which is also a great time to hear the bird song.
New lambs and calves have arrived as well as the first daffodils around the lodges.

It is great to see some westerly and south westerly weather patterns bringing new snow to Mt Ruapehu and especially Whakapapa ski field. It also adds much needed rain water to our storage tanks.

Wonderful to see such a good covering of snow at the very start of the season.

Happy Valley this morning, the crew at RAL hard at work

Other Raurimu hotels (show all)

Slalom Lodge, Raurimu is central to Mt Ruapehu, the Tongaririo Crossing and the Whanganui River. Em