The Ohakune Central Motel and Lodge http://book.seekom.com/front-booking/book/mountainv/1700 Situated in Ohakune, 5 minutes from the base of Mt Ruapehu which boasts the Turoa Ski Resort and the Tongariro National Park. 18 self contained motel units serviced daily.

Mountain transport pick up is available on request. There are many restaurants and cafes only a short walk from the motel. Relax in the spa after a hard day's skiing/snowboarding. Take advantage of our drying rooms for wet clothing and boots. In the summer season, walk or cycle The Old Coach Road, trek the Tongariro Alpine Crossing, or hike the various trails in the Tongariro National Park. Other

[09/09/21]   Stay with us and win a free Weekday All Mountain Adult Day Pass. Make a three or more day direct booking and the pass is yours. We have 10 to give away so get in while they last. One pass per booking. Passes are valid until the 21st of October 2021. Include sneakaweekday in your booking notes.
#mtruapehu #sneakaweekday #sneakday #workfromanywhere #shareourstory

Seven of the best kept secrets for family fun in Ruapehu

Seven of the best kept secrets for family fun in Ruapehu SPONSORED: A landscape of raw and ridiculously captivating beauty that puts our great outdoors on centre stage.

Fantastic news - thanks to the hardwork from the communities of Ruapehu and Ruapehu District Council, thanks to announcements from Ministry of Business, Innovation and Employment and the Regional Economic Development Minister Shane Jones, we will be starting work soon on new trails. Imagine riding through the forest along the new #TeAraMangawhero trail from Turoa to Ohakune. Loop across to Horopito from half way down. Connect Ohakune Old Coach Road to National Park Village riding through Pōkākā and Makatote valleys – on hidden old State highway paths and the popular Marton Sash and Door tramline trails.

Couple this with the fantastic work that Department of Conservation is doing on the #Mangapurua (#Bridgetonowhere) and #Kaiwhakauka this summer... and the new Bridge at #Upokongaro across the Whanganui river... The Mountains to Sea - Nga Ara Tuhono cycle trails with our significant historical and cultural connections really are must do multi day adventure ride on the do more now bucket list!

Congratulations Aotearoa, we made it it to level 1. Now it's time to Zoom to Ruapehu for a fun outdoor adventure! 🌞 🗻 😍 #RuapehuProud #OurGreaterOutdoors #ZoomToRuapehu

We are still 7-8 weeks away from our traditional full mountain opening date, and as we’ve seen in the past 7-8 weeks, a lot can happen in that time!
The news yesterday around Alert Level 2 is promising and we will be able to release more information mid next week once we have confirmation of the timeframe to move to Alert 2 and any restrictions attached to that. We’re hopeful for a winter here at Mt Ruapehu. Here’s Dingo with the Turoa update from the week.

Have you woken up in your bubble this morning and felt the chill in the air? It must be snow! Check out these stunning images from Whakapapa and Turoa this morning courtesy of our hardworking maintenance teams. The first top to bottom snowfall of the year! Winter is coming ☃️

As Andy mentioned in our update yesterday, our operational team are back on-mountain under Alert Level 3! Here's a look at the Giant Chair at Tūroa today. This project had to be paused for Alert Level 4 as with all other work during that period. The team are looking to resume and catch up on as many projects as possible.

In case you missed it, after 41 years of hard service the much-loved Giant triple chair at Tūroa is receiving an upgrade. RAL has signed a contract with Doppelmayr NZ to complete a significant overhaul of the lift electrical controls, hydraulics, braking and safety systems.

The project has a value of approximately $2m and will improve the reliability of the lift and reduce the risk of a breakdown causing an extended outage.

For more information related to how we are currently operating under COVID-19 Alert Level 3, check out www.mtruapehu.com/covid-19

wildernessmag.co.nz The Ohakune Old Coach Road is a trail more than 100 years in the making, described as one of New Zealand’s best half-day rides.

10cm to the base, and cold temps mean that all snow guns are blazing! THE WAIT IS NEARLY OVER!!! Bring on the season! Thanks for the pic Ruben.

What a great way to kick off the Easter holidays!

We are heavily discounting these trips so please contact us now on 0800 272 335 for your personalised quote!

The Ohakune Central Motel and Lodge

nzherald.co.nz A New Zealand café once destroyed in a fire has beat international competitors to be named the best designed coffee shop in the world. - New Zealand Herald

Meanwhile in New Zealand, we’re officially mad about rugby and skiing. We put the two together and well...we’ll let you see what happens. 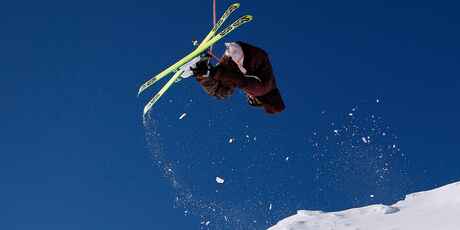 nzherald.co.nz The late winter blast has brought a perfect weekend for skiers, with most ski fields receiving a good dumping of snow, and the weather set to clear by Saturday. - New Zealand Herald

tvnz.co.nz Craig Stanaway jumps in with both feet to sample the delights of Ohakune in our Sharp Town series.

tvnz.co.nz Craig Stanaway jumps in with both feet to sample the delights of Ohakune in our Sharp Town series. 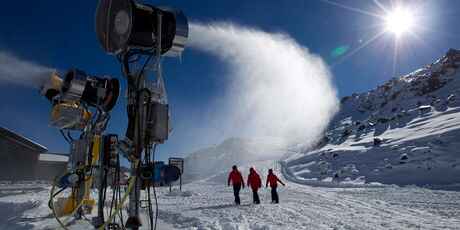 nzherald.co.nz The ski racks have been stacked, the tows have been warmed up, and in just 48 hours it's snow time.

nzherald.co.nz Skiers are rubbing their gloves together after this week's polar blast dumped record early season snow - but many will be struggling to get to their favourites slopes tomorrow.

[09/29/12]   Ruapehu Alpine Lifts have extended the season to the 4th Of November. The base is still 2mtrs. 5 weeks of awesome spring skiing to be had!!

We have hit the 2 metre mark and it is still snowing!! We've received another 10 cm's of fresh snow overnight.
Base (Upper Mountain): 210cm
New Snow: 10cm

[08/07/12]   10 cm's of fresh snow overnight. Turoa ski field is open today and the base is back over the 1 meter mark!!! More snow in the forecast over the next few days. The skiing/riding on the weekend will be awesome!!!

[08/06/12]   10.53am - Brad Scott of GNS has said the eruption was a steam-driven eruption, which came from the hydrothermal system rather than from new molten lava coming to the surface.
A fly-over the mountain confirmed it was a steam plume only and there was no discolouration of the plume.

This indicated that there was no change in volcanic ash or gas levels.

"We were unable to see the impact immediately around the craters so we still can't confirm just which crater the eruptions occurred from,'' he said.

"We've had a small-scale volcanic eruption. It appears to be driven in the hydrothermal rather than the magmatic process, there's been an ash plume, there's been ash-fall down wind.''

Turoa ski field has had 40cm of new snow in the last 24 hours. The base is now 90cm!!! The forecast is for a bluebird weekend. It will be epic!!!

nzherald.co.nz New Zealanders can expect a respite from the extreme weather which left parts of the country blanketed in snow yesterday.

Desert Rd may be closed again

State Highway One's Desert Rd is at risk of closing again this evening as the freezing weather continues to bite.

Boarded and skied Turoa through August 11th with my wife and thoroughly enjoyed it. A bit different to Oz ski fields and the drive up the Old Mountain Rd is truly beautiful. It can get windy and wet, but it offers some great long sweeping runs with tight chutes and drop offs for any intermediate snow bunnies, plenty there for the black run punters as well. Not a huge range of runs for the beginners, but that's not a bad thing. Friendly staff, and cold beer available on the mountain, and if you're staying in Ohakune, you're in for a treat. Its a wicked little village full of nice laid back folks and a real off beat vibe, complete with funky night spots and a bizarre local radio station that refuses to tell you the right time of day!

nzherald.co.nz You quickly learn the tricks of mountainbiking in the Whanganui backcountry. Shut your mouth and lift your front wheel over holes. It's all to do with mud.

FREE unlimited WiFi
SKY TV
To check availability or to make a booking, please click on or paste to your browser http://book.seekom.com/front-booking/book/mountainv/1700

Other Rangataua hotels (show all) Awesome accommodation in Ohakune township. Book direct for the best rates and to support local 🥕 -----> www.lknz.co.nz/ Rangataua ski club is a 4 bedroom railway cottage right next to the railway in the sleepy village of Rangataua. located in close proximaty to the Turoa ski field.