Rides and Guides 2 Enthral is a Mountain Bike Guiding Service based in National Park Village, offeri RAG2E cater for riders of all levels of fitness and skill.

RAG2E will take you on an Enthralling Adventure of Exploration, Exhilaration and Environment. For the adrenalin filled thrill seeker to a curious beginner. Our trips are professionally planned and implemented for Mountain Bikers, these trips provide access to some of the county’s most remote locations and incorporate the historical relevance of how the land was first pioneered. Our selection of Tr

ails will provide an enthralling adventure but many other trails exist in the area, RAG2E also offer a Customised Guiding Service, contact us to discuss what best suits your requirements. Our Guides are experienced, dedicated & competent MTB enthusiast with a flare and desire to Professionally Guide you through some of NZ’s most unique and preserved countryside. With the awesome views, and bush aromas, our Guides will help raise awareness of the environment, landscape and culture to deliver an enlightened experience for participants. The Guides are equipped with Safety Gear including Emergency Locator Beacons, First Aid Kits and Certification, and Basic Bike Mechanical Skills. Guiding is generally within the governs of Department of Conservation Land, any costs for concessions is incorporated into the daily rates. RAG2E has an educational service available to Schools & Clubs. With an emphasis on the Historic relevance of the Trails and fitness is not a crucial element of these expeditions. Although a reasonable level of stamina will be an advantage. Please enquire for the Special Rates available and types of packages to suit you organisation’s needs.

Some of the Students and their Certificates I presented them with after they helped develop a new Climbing trail at Uenuku Pines.

FEATURE//Internships
Last term, a group of our senior boys travelled every Friday to Uenuku Pines Mountain Bike Park for their internship, which involved developing new tracks and maintaining some existing ones. On the last day of term they got to take mountain bikes and test out the tracks they had been working on all term. A big thank you to Greg Prouse from RAG2E Guides who mentored the boys and to Jim Austin for transporting them each week.
Students involved: Zeezah Jhanke, Ethan Tutemahurangi, Jayden Loveridge,
Storm Edwards, Stacy Chandler

Been awesome showing these Contiki Crews on the Ohakune Old Coach Rd so far this Summer. Weather doesn't get much better either. Kings Ohakune, TCB Bike & Board .
Merry Xmas everyone, happy adventures riding in the New Year.

Scoping new lines at Blue Duck Station, Whakahoro.
Thanks Top Gear Cycles, Taupo for the Specialised Levo E Bikes, they were mint. Dan Steele for showing us round and Martyn Davies for the photo's.
Awesome place this, lots of potential here.

A bit of work out of town.

ruapehuEXPRESS - ruapehuEXPRESS The Giant Ruapehu Express is a fresh new adventure style event that involves a Mountain bike and a separate trail run/walk in the foothills of Mount Ruapehu. Each event has a different start line, but they share a finish in the mountain side township of Ohakune. Yes it's a race, but you are welcome… 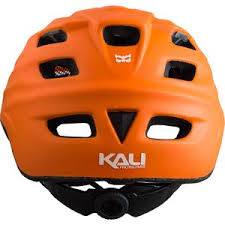 A night at Crankworx - Whip off

Weather's looking good for Sunday. Try again for a Workin Bee down at The Pines. General maintenance; scrub bar, raking. Etc.
Can anyone help?

Zac Ryan checking the new Gap Jump in The Pines. Its on!

Here's the latest addition on the Trail network at The Pines. Work in progress, nearly ready!

Planning on a working bee; this Sunday 3rd, 2016. General trail maintenance; scrub bar, slasher, raking, etc., if anyone can help. 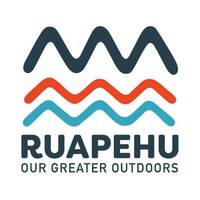 We've got an awesome prize pack to give away - X 2 entries into the event, X 2 Camelbaks and a night's accommodation at the Powderhorn Chateau in Ohakune - just enter the event by 15 January 2016 and you are will be in to WIN.

The device for 2-way Satellite communication and Emergency Evac, the Delorme InREACH SE. The majority of our trips thru the back-country have no phone reception, this device allows us to send & receive txts and trigger an SOS, 24/7 with the Emergency Response Centre.

Ruapehu Express MTB, RUN or WALK some of the coolest terrain on the planet!

Another clip from yesterday

I am STOKED to report that I will be riding for KALI helmets in the dirt and snow!! Super protective, light and goooood looking! YEAH!! Feeling very safe and the light mist is making the dirt perfect right now in the .

Other Sport & Recreation in National Park (show all)

Real Ruapehu is all about Fun Positive Snow Stoke! Up to date info on Mt Ruapehu snow / wether condi

Discovery is more than just accommodation. It's a place to escape to and surround yourself with natu

A Concoction of SnowSki / SnowBoard / Bike / Scooter. Fused into one crazy creation. Welcome to Sno

Eivins is a ski and snowboard rentals shop. Offering children's and adults ski equipment and clothin

Your Ski, Snowboard and Alpine Specialists Find us online at: www.edgetoedge.co.nz Call: 0800 800 SK

WTMC own a comfortable lodge on the slopes of Ruapehu which is available for accommodation year round, just 100m walk from Whakapapa ski field car park.

Based around the famous and iconic 42nd Traverse track, the T42 Central Plateau offers spectacular mountain biking and trail running/walking options with views for days.