Is someone missing their dog ????
She’s at Howard’s Howard's Mountain Lodge still on her chain
Hi, Just wondering if Howard's Lodge is still open?
Not very impressed. Booked telephonically 2 nights for overseas visitors, Grant said Payment will be taken on arrival. Road closed due to snow, driving 2 hours, stand and wait for 6 hours, he then suggest that we cancel, we then decided to go back to Auckland. As we gave our credit card details as security, they deducted the money, I requested for a refund but he said he expected me to go back to Auckland and return the next day? I have not seen any cancellation policy, nothing was send to me or not displayed on their site. Needless to say the overseas visitors lost all their money, not good for NZ tourism.....

Howard's Lodge is the ultimate start for all outdoor adventure in Tongariro National Park, Ruapehu Skifields and Whanganui National Park. Discover the secrets of the volcanic plateau.

Thanks to our friends up the Mountains for the great weekend update!

Staff froth levels have reached 💯 with all this snow! It's been DUMPING up Whakapapa today & the forecast is looking mint for the weekend ❄️❄️❄️

Snow's here! Come and join the fun. Happy Valley is now open for all the family to enjoy!

Kia Ora and Thank you to all our Guests, for helping us receive this awesome award of 'Excellence' from TripAdvisor.
Thank you for all of your great reviews and wonderful comments.
From all of us here at Howard's Mountain Lodge and the Great Adventure Tourism Company. Mauri Ora! 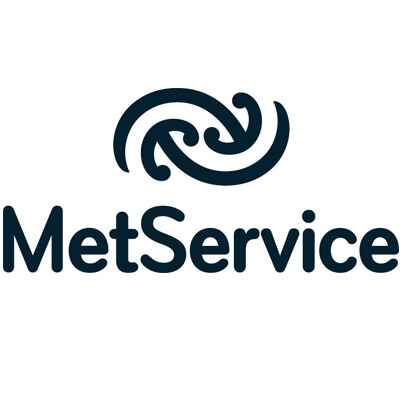 Check out the weather forecast for the Crossing tomorrow! Or better yet, phone us and we can help with crossing information, accommodation and shuttle transport!

If you're going to Mt Ruapehu this winter, help the environment by using a shuttle.

Rubbish sheepdog gets chased by sheep.. 😂😂

nationalpark.co.nz Don’t get stranded like a possum on the ice! National Park

School children battle it out in the Kids' Lit Quiz

radionz.co.nz The fingers were poised over the buzzers, flags ready to be waved in the air to signal they had the answers on the tip of their tongues.

Just about made it to Canada but pipped to second place, check out Toni in the video interview as Wanganui Intermediate spokes person.

stuff.co.nz Are you as well read as these 12 year olds? Take the quiz.

nzherald.co.nz The Tongariro Crossing is rated as a world class one day walk and is attracting up to 3000 walkers per day at peak season.

Enough snow to bury a truck at least! Live on the first day of snowmaking at Whakapapa with Steve, check out this pile...

Only 3 days left to grab your Earlybird Season Pass!
www.mtruapehu.com/seasonpass2017

The spirit of adventure

A two day, three part journey. The first day you will ride the rails on our 20 Tunnel tour which will transport you back through history to the Republic of Whangamomona! The second day after a spectacular helicopter flight over the Whanganui National Park to the Bridge to Nowhere, you'll be jet boating up the Whanganui River exploring historical sites and scenes on the longest commercial jet boat tour in the Southern Hemisphere.

The Expedition is two full days and includes one nights accommodation.

stuff.co.nz 15 places that capture the beauty of our own backyard. Did we miss anything?

Our dear friend Lydia - a legend!

nzherald.co.nz The chance find of a greenstone neck ornament on the shores of Lake Taupo has started Lydia Harvey's family on an amazing journey. - Wanganui Chronicle stuff.co.nz Knowing the boundaries of the Tongariro National Park is about to become easier with 12 pou whenua being carved and erected at its five entrances.

To all our former, current and future guests - a very merry Christmas and a happy and prosperous 2017

Finally a festive tune we can get behind here in the Southern Hemisphere, where the pavs are a-plenty, the sun’s a-shining and the bros are a-glistening. 🎶 Cheers Ronan Keating and Julian Dennison 🙌🎅 #AirNZXmas #SummerWonderland #BeatsByAirNZ

The lodge offers a broad variety of accommodation ranging from budget rooms to ensuite rooms. Daily transport to the Tongariro Alpine Crossing and the 42 Traverse Mountain bike track, Rental of ski equipment, tramping boots and walkingpoles and mountain bikes. Enjoy a fantastic summer experience or an exhilarating winter getaway; we have just what you need.

Other Hostels in National Park (show all)