hey
I have problem with him.
What will you be remembered when you leave power. You are a servants not a ruler. Leadership comes from GOD. Learn to be earnest in your role as leader.
Wow, what is going on? No bad election, who is electoral district one law maker. Ninety day ultimatum over deal. Constitutional violation.

This is where you get first hand information about happenings in the county. 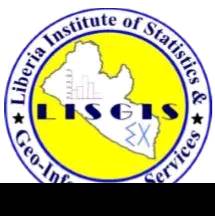 Superintendent Kai G.Farley to be in Grand Gedeh as CENSUS kicks off in Liberia.

Superintendent Kai G.Farley is expected to be in Grand Gedeh County this week after a long trip to Stockholm, Sweden.
The Superintendent has been out of the County for weeks following his trip to Sweden as one of the Liberian delegates.
Meanwhile, as a means of reducing Enumerators and Supervisors transportation cost, he has promised to offer his assigned vehicles to teams working in various Districts so as to encourage workers do the work timely and effectively.
"I am giving out my assigned vehicle, well fueled and serviced to help transport workers of LISGIS to their respective assigned areas".
"This, will help ensure CENSUS officers do their work effectively and with ease".
Superintendent Farley is however encouraging all persons living in the territory of Grand Gedeh to take advantage of the process as it will boost the developmental drive of the County.
"I am calling on all well meaning citizens and residents of Grand Gedeh County to take this CENSUS serious as it will help government decide how to engage into development". 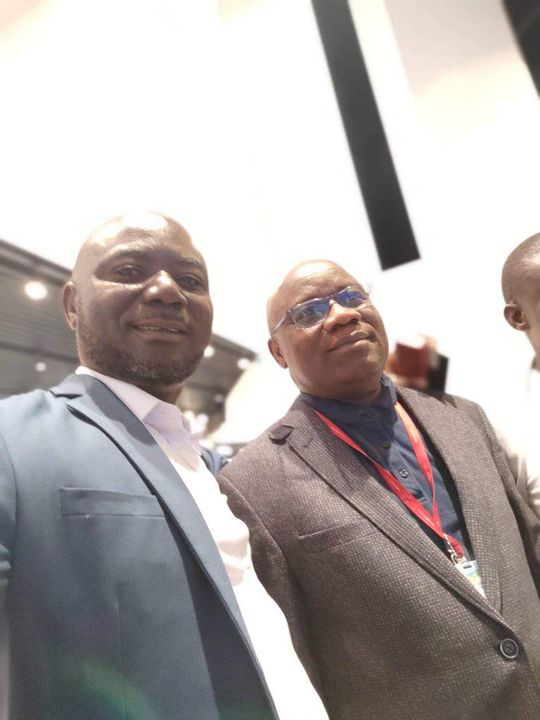 After days of interactive forum in Stockholm, Sweden in Europe, Superintendent Kai G. Farley arrives in Liberia.
Superintendent Farley during his stay in Europe met key dignitaries from Liberia including former Senator and now Ambassador Hon. Abert Nyenabo.
He also met other key foreign partners who expressed key interest in working with his regime and the people of Grand Gedeh County in whatever way that will benefit the ordinary people.
Welcome back Hon. Superintendent
Details of the trip will be brought in subsequent posts

Details of the trip will be captured subsequently

Join us if you can

Grand Gedeh Local Authorities update the public on the state of the tragic accident that took place in Ivory Coast involving our cross Boarder women.

We will officially update the public tommorow at 12pm about the case involving our Liberian women who lost their lives. Join us!!!

Coming to you live from Zwedru.
Citizens and residents of Zwedru are observing the pronouncement made by the Superintendent involving the four Liberian women that lost their lives in route to Liberia.
Part 2

Coming to you live from Zwedru.
Citizens and residents of Zwedru are observing the pronouncement made by the Superintendent involving the four Liberian women that lost their lives in route to Liberia.

In observance of the tragic death of our mothers, sisters and wives in the Ivory Coast while in route to Garley town boarder, the office of the County Superintendent wishes to inform all business owners in Grand Gedeh County that you are asked to close your businesses up to 11:00AM.

Said action comes in a wake of the sad news that erupted from our neighboring Country (Ivory Coast) involving four (4) Liberian business women who lost their lives while in route to the Garley town boarder.
The local government headed by Superintendent Kai Farley is saddened by said incident.

At the same time, Superintendent Garlo Farley is in close conversation with the Ivorian government in making sure the remains of our sisters are kept in the nearby funeral homes while their goods are also kept safely.

Meanwhile a group of security personnel along with local government officials has with immediate effect been dispatched to meet with relevant stakeholders in the Ivory Coast and also identify the remains of deceased.

Nimbains citizens in Grand Gedeh have reassured their unflinching supports to the Administration of Superintendent Kai Farley, noting that he’s a leader without boundaries.

They made their disclosure at the meeting called by Superintendent Kai Farley on the fake video circulating on social media.

Speaking, the Nimba governor Mr. Sam S. Taryor noted that the collaborations between the Nimba community residing in Grand Gedeh County and the Superintendent remains unbending since his ascendency and at such it is important to continue in that path.

Mr. Taryor termed the information relating to the fake video circulating on social media about Grand Gedeh and Nimba harboring rebels at the famous Doe's house in Zwedru as fake and misleading.

He further described those behind the creation of the fake video as political vampires who wants to paint the Administration of Superintendent Farley bad so as to gain political positions.

He furthered that the bond between Grand Gedeh and Nimba under the Administration of Superintendent Farley is more cordial.

At the same time Superintendent Kai Farley thanked the Nimba community residing in Grand Gedeh for their continue supports to the peace process in the county.

He however called on the public to maintain the peace and stability in the county stating that with peace everything comes.

Meeting with the Nimba Community about the fake video circulating on social media.

Superintendent Farley is expected shortly to continue talks with the Nimba community regarding the fake video on social media.

Superintendent Kai Farley will speak to the public shortly.
TOP FM 105.3MHz and other radio stations

In an effort to bring unity and reconcilation between Cavalla and Konobo Districts, Vice President Chief Dr. Jewel Howard Taylor has paid a courtesy visit to the both towns.

The Vice President upon her visit yesterday called on the both families to remain calm and supportive of the government in the discharge of Justice.

Madam Taylor who was joyously welcomed by both towns expressed happiness over the traditional and warm welcome received by the people of Grand Gedeh County.

She however disclosed that before her departure to Grand Gedeh County,she had earlier spoken with the Justice Minister on the case involving the missing NEC staff, Mr.Alfred Dunner and was assured that the matter is being handled with professionalism.

She maintained that the court requires a process and at such should be given some more times to conclude the case.

"I spoke with the Justice Minister before coming here and he told me that the matter relating to the missing NEC staff will not leave under the carpet"
"He said to while on the phone that the court is gradually prosecuting those responsible and no stone will go unturned".

The Vice President furthered that she will do all she can in line with the law for the families of Mr. Dunner to get the deserve Justice.

She at the same time praised the people of both Konobo and Niao for continuously working with the Superintendent in the best interest of the County.

At the same time, Superintendent Kai Farley expressed happiness over the arrival of the Vice President in the county and stressed that is a need for total unity amongst all Grand Gedeans.
Superintendent Farley further called on VP Taylor to help in raising his Administration voice by fighting for the reopening of Putu Iron Ore Mining Company so as to reduce unemployment rate in the County.
The Vice President was received by the both towns with open arms and open heart and was asked to always remember Grand Gedeh in all of her endeavors.


Other Public Figures in Zwedru (show all)

Talk and slim in body

Broadcasting in our area