Worldwide Historical Facts about the universe.

Wickedness in high places!!
THIS WORLD IS EVIL!!! This kid is feeling real pain mehn 🙁☹️😥😢
The caretaker dropped hot plastic in the 2-year-old child's hand for toileting on herself. The act took place yesterday around the dry rice market in New Matadi, residents have said. The Caretaker is currently being held at the Airfield Depot. Residents say the child's mother passed away last year, and she was left to the care of her aunt (mother's sister). Details will follow later.
Keep following

Russia's war in Ukraine!!!
President Volodymyr Zelensky says Ukrainian offensives have made progress, with the military taking two settlements in the south and another in Donetsk in the east.
The last operating reactor at the Zaporizhzhia nuclear power plant has disconnected from the Ukrainian grid as a result of a fire caused by Russian shelling, the country’s nuclear agency said Monday. The development comes as two IAEA inspectors remain at the plant as part of a UN nuclear watchdog mission.

Plans to hold a referendum — criticized by US and Ukrainian officials as a sham — for Kherson region to join Russia are on hold, a pro-Russian official said.

Concerns are growing over energy supplies in Europe after Russia's Gazprom said it would not resume natural gas exports through a key pipeline as planned. 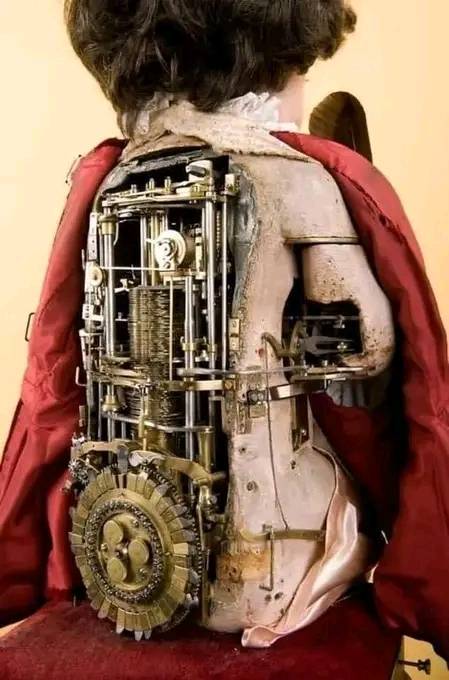 World History!!
The first Robot in the World was assembled 1773, by the Swiss watchmaker Pierre jaquet -Droz, he wrote pre-arranged word.

Congratulations
President George Weah
You are such a great man 🙏🙏🙏🙏

Northern Brazil:
The Death toll from flooding and landslides following torrential rain in the northern Brazil has reached 100 and thousands have been displaced.
72magazines Article

BLASTING THE BLUE: in a 2013 tweet, the group's executive director hailed a woman who was put on the FBI most wanted Terrorist list.
Keep following 👉👉👉 72Magazines

Your please help and educate her, just Click and watch her speak 🔥🔥🔥
🙏🙏🙏🙏

Nollywood Actor Leo Mezie is Dead😪😪
He died on Saturday in Abuja while recovering from kidney transplant.
His co**se has been move umuahia his home town.
Rest in peace Leo😭😭😭
He had a kidney transplant last week and suddenly become to develop complications,
He passed away on Saturday may 14.
The Actor Leonard Chimezie onyemachi died at the age of 46yrs.
The sad news was share by Nollywood Actress, Chioma Toplis on her Instagram post early Monday morning.
RIP LEO 😭😭😭😭

It is easier to do a job right than to explain why you didn’t.💯💯💯💯
Our President is bringing light to the Robert International Airport.
King Of Africa
George Weah

Live scene at the View Point Pool Jamboree 😃😃😃 Come and feel your self with the best dance Crew in the republic of Liberia Lib. Fantastic Force dance Crew 😃😃😃

Ukrainian President Volodymyr Zelenskyy said he will meet Sunday with U.S. Secretary of State Antony Blinken and Defense Secretary Lloyd Austin.
The White House, National Security Council and State Department have declined to comment on Zelenskyy's remarks about the meeting. The Pentagon will not speak to the claim, according to two defense officials.
Eight people were killed, including a 3-month-old girl, and 18 wounded in a missile attack Saturday on the port city of Odesa on the Black Sea, Zelenskyy said in his evening address.
On Friday, what appeared to be another mass grave was discovered in the village of Vynohradne near Mariupol, according to Petro Andriushchenko, an adviser to the besieged southern city’s mayor.
Satellite images from U.S. defense contractor Maxar appeared to show what the firm described in a statement as several parallel trenches measuring roughly 131 feet that “are/will likely become” new gravesites. The trenches started to appear in late March, Maxar said. Russian officials did not immediately comment on the allegations.
Keep following 72magazines Article for more information. 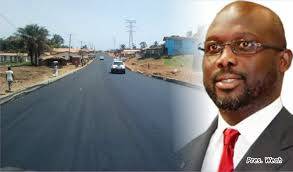 President Weah and Entourage Head for Jenneh's Town Hall Meeting
Photo Credit: Executive Mansion
(Jenneh, Bomi County): As President George Manneh Weah hits Western Liberia on the 2nd leg of his county tour to say “thank you” to Liberians on his election as Head of State of the country, he has begun straightaway with development talks with the locals.

For the most part of February 2021, the Liberian Leader and an entourage of government officials and supporters were in the North and Southeast of Liberia on the first phase of his hinterland tour, mingling with rural Liberians, dedicating projects, initiating new ones and exchanging development ideas with the people.

Other Politicians in Paynesville (show all)

Former Minister of State, and now a Senatorial hopeful for Margibi County.