The Ghana Stock Exchange is projected to perform well this year despite a poor performance last year.
The Ghana Stock market ended 2015 with a negative growth with managers of the market further predicting the same situation for 2016. Despite the challenges some stocks brazed the odds and performed well last year.
A cursory study of the performances showed that only 2 of the 28 stocks performed creditably well in the year under review.
The rest recorded significant declines.
The two top gainers were manufacturing companies; FanMilk and Unilever Ghana Limited.
FanMilk gained as much as 3 cedis 79 pesewas while Unilever Ghana gained a pesewa to end the year at 8 cedis 51 pesewas.
An Associate, Equity Trading at UMB Stockbrokers, Kofi Kyei explained to Citi Business News strong performances and investor confidence accounted for the strong performances of the two equities.
“For FanMilk, the company actually posted very good results; for instance its earnings per share grew by about 29 percent. Unilever on the other hand posted a loss especially in the third quarter of 2016 but past performances of the company also played a key role. For instance though they didn’t pay any dividends in 2015, the payment of 40 pesewas dividends in 2016 expectations from investors on their future performances also culminated in its performance,” he stated.
Meanwhile two new entrants on the market in the last quarter of 2016, ADB and Access Bank also recorded strong growth performances.
The banking stocks gained 1 cedi 18 pesewas and 10 pesewas respectively.
Decliners in 2016
On the contrary, the three worst performing stocks for 2016 were UT Bank, Ecobank Transnational Incorporated (ETI) and Total Petroleum.
Their share prices declined by as much as 70 percent, 62.96 and 61.18 percent respectively.
Mr. Kyei also indicated that UT Bank’s inability to publish financial reports plus the poor performances affected the three stocks.
“Since 2014, the bank has failed to publish its annual report as a result there was excess supply, that is a lot of investors who wanted to sell their shares since they didn’t know what the company was about. For Total, there was a marginal drop in its performance looking at their profit after tax and even their earnings per share which dropped by about 8 percent.”
Other banking stocks that declined in 2016 include; GCB Bank (-6.07%); Ecobank Ghana (-8.7%); HFC Bank (-16.67%); Societe Generale (-22.5%); Cal Bank (-25%) and StanChart (25.28%).
The other decliners on the market included; Tullow oil (-4%), SIC Insurance (14.29%); Guinness Ghana (-18.09%); Starwin (-25%); Ayrton Drug (-33.3%); PZ Cussons (-35.29%); Benso Oil Palm (-16.80%).
2017 outlook for stock market
Meanwhile stock analysts are highly optimistic of the performance of the stock in 2017.
According to them, the debt restructuring and the resultant effect in reducing interest rates should reflect in the performance of the market.
“The medium to long term debt management strategy adopted by the government is expected to push down the treasury bills and also improve the performance of the stock market. Also the proposal to reduce corporate income tax from 25 to 20 percent when implemented is also expected to boost listed companies as their bottom line will be improved,” Kofi Kyei asserted.
“Hopefully because interest and inflation rates are trending downwards plus stability in the foreign exchange front, I expect the companies that have been afflicted in this regard to perform better going into the future and then we can see some of these investors coming back to the equity market,” Managing Director of the GSE, Kofi Yamoah also opined.

Finance Minister Nominee, Ken Ofori Atta has disclosed to Citi Business News government should commence the implementation of the fiscal stability and fiscal responsibility act by the end of this year. The Act when completed should help the government reduce its borrowing and debt. He made the revelation in an interview with Citi Business News on the sidelines of an economic meeting with some investors from Morocco in Accra. “I raised that question because of the macro instability we’ve experienced over this period and just to say that to able to have macro stability and to be able to be able to hold the currency, we as a government are going to subject ourselves to such an act and this act will then enjoin us to function within certain parameters which will not derail the economy,” he stated. President Nana Addo in the build up to the 2016 general elections bemoaned the nation’s huge debt portfolio. He explained that the development has made it difficult for small scale industries to attract funding from commercial banks. “We will encourage the private sector to take the burden of government and we will reposition small scale industries for local economic growth,” the President said. The NPP in its 2016 manifesto also asserted that, “Fiscal policy implementation, as it stands now, lacks three basic elements; absence of a transparent institutional arrangement for providing quality fiscal information to the public, absence of a mechanism for ensuring accountability in implementing optimal fiscal policies to guarantee the stability of the system, and the absence of an institution to ensure the credibility of fiscal projections provided by the Government.” “To address the problem of the current high public debt levels and the country’s high risk of debt distress, an NPP government will adopt and implement rules to anchor fiscal policy implementation,” the manifesto said. Though the process for the law is to commence with the 2017 budget presentation in March, Finance Minister Nominee, Ken Ofori Atta believes government should be able to stabilize fundamental economic issues by the end of year. “Well the budget will have to be approved by the first quarter of this year and then subsequent to that we will begin to write those Acts and hopefully by the end of the year we should get those laws in force,” he stressed.
–
By: Pius Amihere Eduku/citibusinessnews.com/Ghan

The Chamber of Petroleum Consumers (COPEC) has blamed the continuous fall of the cedi against the dollar for the recent price hikes of fuel at the pumps.
According to COPEC, the situation has resulted in speculations leading to an increase of about 4 to 10 percent in fuel prices.
Fuel prices at the pumps saw an increase yesterday after an initial increase last week.
Speaking to Citi Business News, the Executive Secretary of COPEC, Duncan Amoah called for an immediate review of some of the petroleum taxes to cushion the ordinary Ghanaian.
“Primarily, what is accounting for all of these seems to be the Cedi depreciating further against the dollar; and in the industry, speculation is that, it is going to hit about 4.5 before the end of the month [January],” he explained.
Mr. Amoah insisted that there is the need to review some of the taxes to bring some relief to Ghanaians.
“Today as we speak, the petroleum tax alone is driving all of us to the point we are seeing ourselves in… the taxes that we have been complaining about like I indicated; the national petroleum tax initially, was around 33 pesewas per litre, but today it has shot up to almost 54-55 pesewas per litre,” he said.
Checks by Citi Business News indicated that, the price of a litre of petrol went up between 8 and 11 percent, while the same quantity for a litre of diesel is up between 9 and 11 percent.
A litre of petrol at some major Oil Marketing Companies (OMCs), is now selling between GHc 4 and GHc 4.15.
These hikes have attracted some agitation from consumers who say the increment is too high.
Some commercial drivers have also begun adjusting their fares following the increase in fuel prices.
–
B: Lawrence Segbefia/citibusinessnews.com/Ghana 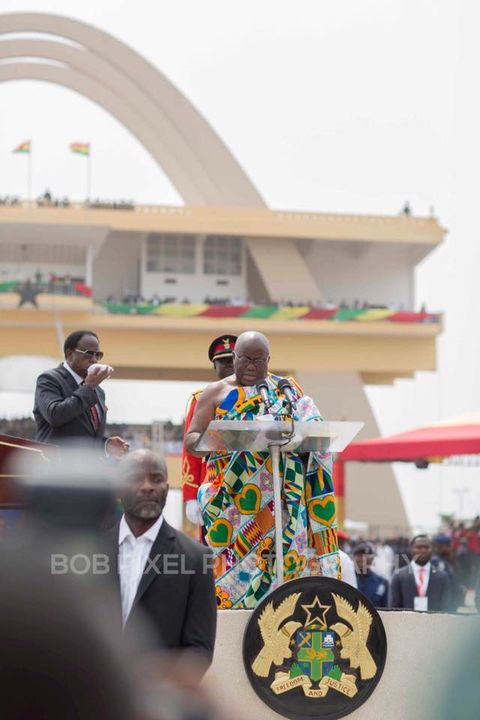 Congratulation H.E Nana Addo Dankwa Akufo-Addo and H.E Alhaji Dr. Muhammadu Bawumia. We are looking for forward to your government protecting our public purse, controlling public expenditure, ensuring value for money on all projects, sustaining the economy and improving the lives of Ghanaians as a whole. We pray for God's blessings and guidance for your government.

Other Investing Services in Accra (show all) Common Sense Limited is a group of company with interest in real estate, media and publishing, travels and tours, training and seminars, consultancy and investment. www.schoolofmoney.net. www.commonsensegroup.com Gold Coast Brokerage is a Licensed Dealing Member of the Ghana Stock Exchange. FirstBanC is an integrated investment banking and financial advisory firm based in Accra, Ghana