Our goal is to provide quality service an satisfaction to our clients. We obtain the evidence necessary to avoid costly litigation and offer protection and peace of mind. Our goal is to build long-term client relationships. Our company not only responds to client's need, but is constantly assessing how we can improve our relationship with the client, taking proactive steps in the client's best int

Check out undercover Intelligence and private investigator on Google!
https://g.page/r/Ce7G_M9klpUTEAE

Crime Scene at the court

TREATMENT OF PRISONERS IN GHANA What do you think??

The department regularly inspects gas pumps as part of a statewide crackdown on skimmers and have discovered the devices on gas pumps throughout the state, with the hardest hit area being Tampa Bay.

Through the first six months of 2019 over 900 skimmers were discovered on gas pumps alone.

Florida is known for beaches, sunshine, Disney, but also fraud.

The fact is, Florida has the highest fraud rate per capita in the nation, with $84 million lost to fraud in 2018, about $400 lost per person.

With that being said, obviously, this type of fraud isn’t only a Florida problem.

The reality is, it’s estimated that 80% of credit and debit cards in circulation today have been compromised at some point.

That's up from 29.7 billion transactions totaling $1.56 trillion in 2015. In other words, card use continues to increase as less people carry cash.

The way the most common fraud works at the gas pumps is thieves use skimmers, which are small electronic devices illegally installed inside pumps that collect your information.

More sophisticated skimmers are Bluetooth-equipped, allowing the thief to sit nearby and gather card information without ever visiting the pump.

Basically, when you swipe your card, the card reader gets a snapshot of your name, card number and expiration date.

If a criminal has installed a card skimmer in a point-of-sale terminal, they can extract all three of those pieces of information to make online or in-person purchases with your card information.

Another thing is, customers using chip and PIN credit or debit cards can still suffer from the same security issues.

That's because chip and PIN cards still have the same magstripes on them that are easy to swipe your data from.

Skimmers can be installed on any point of purchase system, whether at the gas pumps or inside a retail store where criminals simply distract employees while they install the skimmer.

With this in mind, I want to share with you the best ways to keep your credit or debit card safe, including the most secure way to make payments.

Use your Smartphone. You might be surprised to hear this, but the safest way of making in-person payments is using smartphone-based mobile payments.

In other words, using contactless methods such as smartphone apps like Apple Pay, Google Pay, and Samsung Pay provide a more secure means of payment than your standard credit and debit cards.

The way it works is, whenever you have your phone contact the payment reader, it actually sends a different number than your credit card.

In other words, the merchant can’t get your actual credit card number.

Every time it uses a unique number that is not linked to your credit card number.

The only drawback is not all stores accept this form of payment, however more and more retailers are installing systems that will.

Ask your bank about a prepaid card. Most people are familiar with prepaid credit cards that you can buy at most retailers.

However, you should contact your primary bank and ask them about their prepaid cards that can easily be reloaded using your main account.

For instance, if you bank at Wells Fargo you should inquire about their Wells Fargo EasyPay card.

The way it works is that you can get a prepaid card, just like one from a store, but one from your specific bank will be more convenient to use since you can reload it easily, set up direct transfers, and directly deposit money onto the specific card.

Set up lots of notifications. These days, online banking gives you the ability to set up notifications about your spending habits.

You can set things up to receive a text or e-mail anytime $100 is spent or you can set up notifications when your account hits a certain minimum amount.

Most banks allow you to set up notifications that you can tailor to your specific needs so you can quickly see if any fraud is taking place.

While I realize most of us are inundated with texts and e-mails, I would definitely recommend setting up notifications from your bank, this way you will immediately know of any suspicious purchases on your account.

Chances are you pay for most things with either a debit or credit card.

These days, most people are carrying less and less cash, but using plastic no doubt comes with risks that can quickly lead to a financial mess if your bank accounts are compromised.

A Newly posted police officer arrested a man for making call whilst driving. The man begged n begged the police man and he Never listened. he tried bribing the police with 500 cedis yet he refused.
Later the man was sent to court and he was made to pay 8000 cedis which he also wanted to use the money to pay her only daughters fees in a private university. due to this the man sold his car to pay for the fees n the court fine.
3 months later her daughter brought her fiancee to the house n it's the policeman who arrested the girls dad.

If you are the FATHER What will you do?.

A man found his wife with another man in his room. Instead of screaming at them or beating them both, he went back to the living room. He turned on the tv and started watching gospel videos. The wife and boyfriend were in panic. The boyfriend dressed up and came to the living room, then he said:
*"excuse me for sleeping with your wife"*

Husband: * this happens, you can go.*

The boyfriend is gone. The woman never came out of the room until sleep. The husband turned off the tv and went to sleep in the room. He found his wife on the ground crying. The husband never said anything or even asked. He was sleeping on his bed and covered himself with blanket. In the morning, waking up, he found his wife dead. She was dead in the middle of the night while her husband was asleep.

husband has been imprisoned for 20 years for murder. 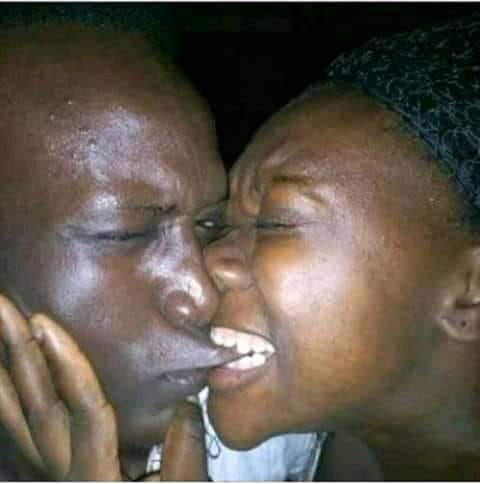 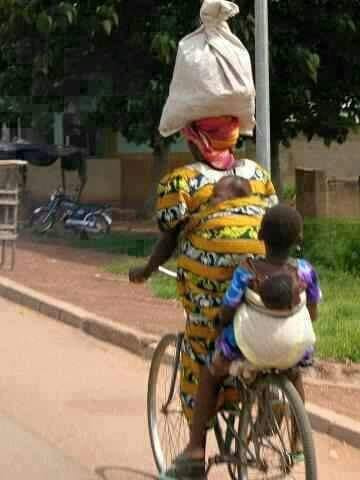 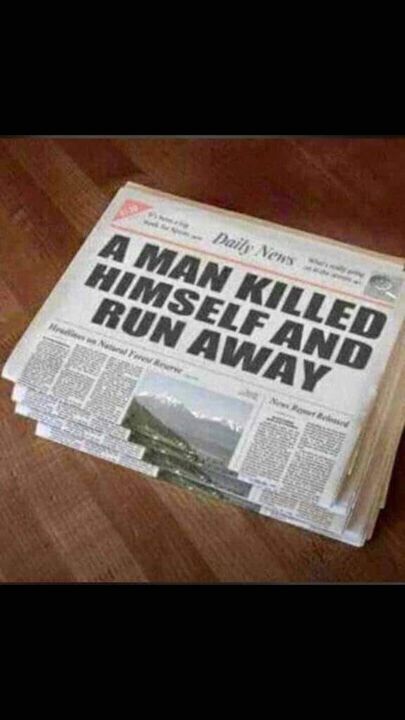 A woman was accused of killing her husband, his body was never found but she was sentenced to Prison.
Years after serving her jail term, she found out the man is alive living with another woman.

She went and shot the man several times and he died for real this time around. She was re-arrested for murder of the same person she was initially sentenced to jail for killing him.

ghgossip.com Unlike African politicians, Swedish politicians are not required to have official cars or private drivers. They are made to travel and commute like everyone else in crowded public buses and trains.

DNA suggests a man is innocent of murder, but a US state is going to execute him tonight anyway

"Africa will never be independent. Africans believe in Europeans, Americans and Chinese more than themselves--they don't trust themselves at all.
A white man will commit crime in Africa but no action will be taken because Africa authorities view us as semi-gods, far from the truth. A blackman can be abducted in Europe, get harrassed or even killed but no African authority will question. Africans present themselves as weak people with no hope especially when dealing with Europeans and Americans.
They are their own enemies. They hate each other and that gives their colonial masters power to continue exploiting African resources. "

Do you agree with President Putin ?

middleeasteye.net The treatment of Salman al-Odah, Awad al-Qarni and Ali al-Omari, all facing charges of 'terrorism', has been condemned by rights groups

msnbc.com A South Florida police department is under fire after getting caught using photos of black criminals for target practice.

abcnews.go.com African-American men serve longer sentences than white men for the same crime, a new study by the U.S Sentencing Commission shows. The commission's analysis of demographic prison data from 2012 to 2016 found that black men serve sentences that are on average 19.1 percent longer than those for...

kbtx.com With today’s technology surrounding us at all times, a local private investigator says hidden recording devices can be virtually anywhere.

Some explanation needed...physics or spiritual?

telegraph.co.uk Ohio resident Ricky Jackson, the longest-held US prisoner to be cleared of a crime, to receive more than $1 million from the state for his wrongful imprisonment

ghananewspage.com The Cape Coast High Court 3 briefly became the centre of attraction on Tuesday, this week, when the case involving the ownership of Denkyira Palace, which has stalled the burial of the late Paramou…

Shocking! Man Sues Friend For Failing To Impregnate His Wife After 77 Times

informationng.com A Tanzanian police officer has reportedly charged his friend to court for failing to get his wife pregnant after trying for 77 times. The man, Darius Makambako, and his wife, Precious, were said to…

Other Lawyers & Law Firms in Accra (show all) Am a commander, and a friend lovely to all people.may God bless you all .Discipline shall be my navigator to the land of success ICDRS is an alternative disputes resolution services provider in Ghana. We work with private companies and the general public. Law and More is a full service law firm with a reputation dedication to our client’s success and their satisfaction. WE HELP IMPROVE THE SITUATION OF WOMEN AND CHILDREN AND ALSO STRENGTHEN THEIR POSITION IN THE OVERALL DEVELOPMENT PROCESS OF GHANA... The Ghana Association of Certified Consultants is the mandated professional consulting body charged with the regulation of the consulting profession in Ghana under Act 143 of the Professional Bodies Decree NRCD 1973, PB. N0. 64. Be a member now!