2012 running 4 peace, I t2k part and Rajj was the winner.I was very proud of Him b'cos I was in the same team with Him then...ASHMAPRO.
Winneba International / preparatry school

unning talents, within the medium term. To achieve our primary goals, we would stage regular running events, provide resources to assist athletes train properly, help in carefully managing sporting talents, develop sports facilities, create endowment funds and scholarships for promising Ghanaian long distance runners, and undertake sports research. We are passionate about long distance running, and have resolved to help lift Ghanaian long distance track and road running to world levels. We work to offer more opportunities for our runners to race, with the view to greatly enhancing performance, by organizing and effectively managing a busy programme of various long distance running events. We would also embark on advocacy and social marketing, and help promote healthy living through regular exercise among the general population, while supporting and promoting worthy social causes. The Runathon Ghana Foundation also carries out recreational and youth mission services, by establishing running-based programmes that promote children’s physical fitness, character development, and personal achievement. Our goal is to use our expertise and experience to empower people to live fitter, healthier lives through active participation in our races, community events, instruction and training resources, and youth, executive, and maternal fitness programmes.

Have a great weekend folks 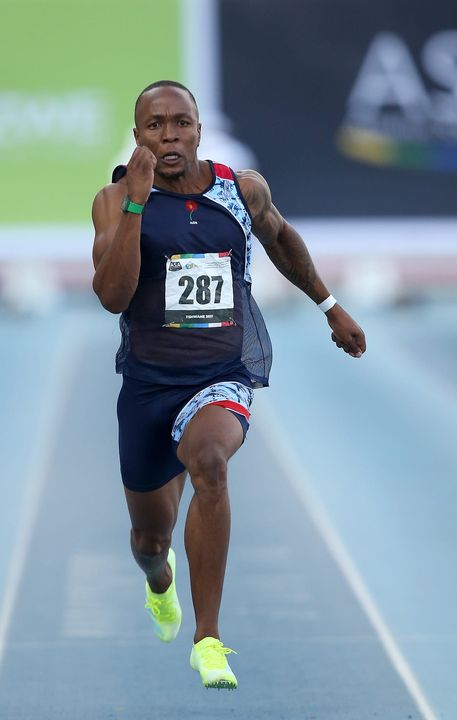 He completed the race in 9.84 seconds, outclassing a strong field, with Michael Rodgers of the United States taking second position in 10.00. The 27-year-old African champion demolished his own South African record of 9.89 which he had set in Szekesfehervar in July 2016.

In the process, he also broke the African record of 9.85 which had been set by Olusoji Fasuba of Nigeria in May 2006. Simbine, who finished fifth in the 100m event at the 2016 Rio Olympics, is in his final preparations for the Tokyo Games where he will turn out among the medal contenders over his specialist distance.

“This gives me a lot of confidence,” said Simbine. “We were hoping for something to happen this week. And to break the African record is really great. It’s something we’ve been working towards for a number of years.” The Commonwealth champion had a good day at the office, returning to a win in the 200m B contest in 20.25.

“Simbine is in top form and performing in the level of top medal contenders at the Olympics. You can see that he is enjoying what he is doing and that’s a good sign of good things to come. He has not only smashed the African and national records, but also went on to battle and win the 200m race as well. With a few weeks to, we are thrilled that his build up remains on course.

“Our congratulations go to him, coach and his support team. We urge them to keep their focus on the bigger picture, which is a podium finish at the competition in Tokyo,” said James Moloi, the President of Athletics South Africa.

About Athletics South Africa:
Athletics South Africa (ASA) is the national governing body for the sport of athletics (including Track and Field, Cross Country, Road Running and Race Walking) in South Africa, is a member of the IAAF and the Confederation of African Athletics. The association was formed in 1995 and is based in Johannesburg.

On form Akani Simbine (seen in file photo) destroyed the African and national records with 9.84 seconds at the Istvan Gyulai Memorial in Szekesfehervar, Hungary. He also won the 200m in 20.25.

Fartlek, Tempo, and Interval Runs Are the Most Common Types of Speed Workouts

Fartlek, Tempo, and Interval Runs Are the Most Common Types of Speed Workouts

Stomach Exercises You Can Do at Home for a Flat Tummy

It's now easier to send Runathon Ghana Foundation a message.

It's now easier to send Runathon Ghana Foundation a message.

World 400m Champion, Salwa Eid Naser has been cleared by the AIU of the anti-doping violation - whereabouts failure levelled against her, after a mistake was confirmed on their own part.

They had stated that she missed four tests between January 2019 and January 2020, but infact, one of the tests in April 2019 precisely could not be counted as such because the doping control officer was confused by the numbered parking spaces at the athlete's apartment block and knocked on the door of a storage room, instead of her apartment.

Because there were no three missed tests within a 12-month period as the last of those whereabouts failure backdated to January 24th, 2020, all the allegations and charges were then dismissed. 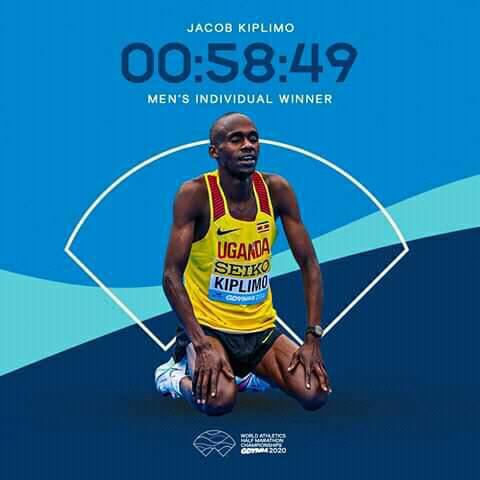 Uganda's Jacob Kiplimo, 19, is the World Half Marathon Champion in Gydnia, running a Championship Record (CR) of 58:49 for the title!
His compatriot, Joshua Cheptegei finished 4th in a Personal Best (PB) of 59:21, suffering his first defeat of the season.

Today, Jacob Kiplimo, aged 19 became the 2nd man to ever accomplish that feat and this, he did with all of his 3 races in 2020, all within a space of 39 days!

Letesenbet Gidey smashed the world record for 5000 meters! She finished in an incredible time of 14.06.62 minutes!

On my way to Valencia!

No need to explain anything to anyone, Eliud Kipchoge. The marathon is just what it is. It is a very long race. Many things can go awfully wrong.

This only shows you're human. Just draw the lessons. This is not yet your end. Focus fixing all mistakes and getting better. Watch out for all those distraction from unnecessary media engagements that sap your energy and limit your ability to rest and reflect on your game olan.

Your come back will be stronger than this setback. All the best. You're still our champion and the G. O. A. T.

After 25 kilometers my ear blocked and it couldn't open anymore. But this is how sport is, we should accept defeat and focus for the winning next time.

Thanks for the support.

"I am feeling well and I am happy to be back. I think the race will be beautiful on Sunday. My message to all fans: please start the race, finish it, feel it and enjoy it. In spirits we are together. Together we can rise up against this COVID-19."

An unfortunate calf injury has forced Kenenisa Bekele to withdraw from the London Marathon.

"This race was so important to me. My time in Berlin last year gave me great confidence and motivation and I was looking forward to show that again, I have worked so hard for it. I realise many people around the world have been looking forward to this race and I am sorry to disappoint my fans, the organisers and my fellow competitors."

It has been an unusual year but I feel so fortunate to be back in London.

Tuffour: I want to make athletics attractive again Multiple African Games and Africa Championships medallist Emmanuel Tuffour says he is back in the country to change the face of athletics after a long sojourn in Europe and America.

It’s on! A special London Marathon featuring only elite athletes will take place on October 4th. It will be a revised course that will still be legal for world record purposes. It will be the much anticipated match up between the two fastest marathoners in history, Kenenisa Bekele (2:01:41) and Eliud Kipchoge (2:01:39.)
Who are you picking?

We seek to:
1. Help in sports development, particularly long distance running (both road and track racing)

We enable Ghanaian women to build their own businesses as entrepreneurs while playing a key role in selling and recycling plastic waste trash in Accra.

Stretcher Bearers Organisation (SBO) is a Christian outreach and humanitarian organisation. SBO exists primarily to advance the biblical ministry of support and encouragement and establish fellowships to promote and practice this biblical ministry.

Naba Life Foundation is an organisation that seeks to provide Care and Support, Promote Education and Health

We want to and believe we can build a formidable force of young leaders who will have positive attitudes and ensure the break of a new dawn in Africa.

ICT services and support opportunities for NGOs and non-profits in Ghana.