Thanks so much to all of those who have left messages on Mark’s page or who have contacted us directly...... it’s been amazing and we’ve been humbled by the response to his tragic passing....

Mark’s funeral will be held in the Kingswood Chapel at Worthing Crematorium at 2.20pm on Friday 6th September....

Everyone is welcome..... please pass the date and time on to anyone who wants to give Mark a great send off and please feel free to share on any Facebook groups.....

We are only having flowers from the family...... if you would like to donate to a great cause in memory of Mark then please go to our JustGiving page at https://www.justgiving.com/Mark-Ellett where you can support our fundraising efforts for Cancer Research UK and help us make sure that people like Mark can recover and that they live a full and happy life......

The family will be gathering together for a drink at the Park View pub on Durrington Lane in Worthing straight after the service..... please feel free to join us to raise a glass to a great brother and a fantastic friend ❤️❤️❤️
Do you cover east Grinstead?
Alryt mate am just wondering how much it b to book 10 lessons
Hi looking to book driving lessons for my son awaiting his driving licence but his birthday is 19th of April. I believe you taught me to drive many years ago (1990) aswell as a few of my friends Jane Wilkinson being one. If I remember rightly you used to drink in the Tyroler please could you contact me about prices etc oh and I used to be Elaine Holland tall skinny mop of curly hair
13 years ago Mark took me on my first driving lesson (you didn't think he was that old!) ontop of being very professional being allowed to have the radio on and talk like mates whilst driving was wicked! Couldn't recommend Mark enough! :o)
Amazing guy amazing driving instructor
About time you did a bit of promotion for yourself on here mate! For anyone reading this and considering Mark as their instructor - do it! This guy taught me 10 years ago and is fantastic. He's patient, knowledgeable and above all, honest.
Mark is an amazing instructor. He really explained things to me when I found them difficult and he never lost his patience. He made learning to drive a brilliant experience and I wouldn't have wanted to learn with anyone else. I highly recommend him.

Mark Ellett, Grade 6 Approved Driving Instructor, has almost 20 years of teaching experience and offers a comprehensive choice of driving packages and services designed to answer all of your tuition needs.

Mark takes pride in providing a personal driving experience for each of his students in an industry that is fast becoming saturated with corporate driving schools interested only in profit and statistics. Likes to think he teaches in a relaxed manner to bring the best out of his students which results in a well above the average pass rate.

Over the next few months I have a few hospital tests and stuff to do. Which means I have cut my work down but not completely. So if you are looking for a few lessons or maybe doing a small crash course with out the crashing bit or refresher course then contact me. I might well be able to fit in a few lessons quite quickly at some discount prices.

Due to working part time at the moment some weeks I will be able to do a bunch of lessons. Also still have a few blocks of 10 for £230.

Still some blocks of 10 lessons available at £240.

Some spaces available so a couple of blocks of 10 available for £240.

How To Do Hill Starts Easily In A Manual Car - Learning To Drive Learn how to do a hill start in a stick shift http://www.driving-school-beckenham.co.uk/hillstarts.html (simplest explanation, just over 3 mins) in a manual ...

Learner Driver Insurance Pick from a 30 to 365 day plan

Some more passes this week so a few spaces available

Number of learner drivers passing car theory test plummets Statistics from the Department of Transport (DfT) in the UK showed that women are more likely to pass the theory test than men.

With a few tests coming up there will soon be a few spaces available for new students.

Due to some passes and some stuff I want to do for the home I will be making a few more spaces available for lessons over the next few weeks. Anyone interested just message me.

Is the driving test getting more difficult?

Is the driving test getting more difficult? It has been a year since the test faced its biggest shake-up in two decades, but has it had an impact?

Why you don't cut corners

Another 4 passes over the last few weeks which keeps me above the average pass rate for Lancing. It's not ideal but Lancing is certainly proving more challenging than Worthing. So it's requiring a lot of work and a lot of focus from students on their lessons but in the meantime I will be having a few spaces available.

A few passes this month so have a few spaces. These are mainly day time during the week. So if you are in the Worthing area I have one block of 10 lessons going for £240 this is a saving of £30 if paying for lessons one at a time. First come first served.

So people this is now my car. Having broke down at the side of the road we followed advice and got out of the vehicle, behind the safety barriers whilst waiting for recovery. If we had not have waited behind the barriers as advised at least 2 of us would now be dead, my babies were in the rear seats prior to this happening.

An artic lorry crashed into us at speed sending the car 20m down the road because it appears, he wasn't paying enough attention to the road.

ALWAYS GET OUT OF YOUR CAR TO A PLACE OF SAFETY IF YOUR CAR BREAKS DOWN ON A MOTORWAY/DUAL CARRIAGE WAY. X

Nothing to do with driving I know but this man was a big influence in my martial arts journey.

Vigil marking the 20th anniversary of the death of Jay Abatan

My name is Michael Abatan and my brother, Jay Abatan, was attacked in January 1999 outside the Ocean Rooms in Brighton in what I believe was a racially motivated attack. Sussex Police were criticised at the time for fundamental mistakes in the investigation and deliberate underfunding. I have never had a satisfactory answer as to whether this was simply incompetence or due to Police links with the suspect group.

29th January 2019 marks the 20th anniversary of his death. Still nobody has stood trial over his killing. I will be marking this anniversary with a vigil outside Brighton Police station in John Street, Brighton. I will be there from 4pm.

I have campaigned since that time to try and bring the men responsible for his death to justice. Sussex Police have recently succeeded in bringing a prosecution after 32 years against Russell Bishop so I know that this is possible.

I have recently been approached with details of a potential witness who has never been spoken to by police. Despite 2 investigations and reviews by other police forces, there are still witnesses out there who have never been spoken to. This fills me with despair.

My brother and I are mixed race, our mother was English and our father Nigerian. We believe that one of the reasons we have been denied justice is due to our colour. For example the year my brother was killed he was the only homicide victim in Sussex not to have his death investigated with the use of the Holmes Computer, a murder investigation tool. The enquiry team that was set up for his death was staffed and funded at the same level as an ABH, despite his injuries leading to his death.

I am intending to mark my brother's death on the 29th January and would like to remind people out there who are protecting these men that it is not too late to come forward and do the right thing. I am told that there are some witnesses who are still wrestling with their conscience but scared of repercussions. My message to them is it is never easy to do what is right but they should have courage to correct this injustice.

First come first served I have available two blocks of 10 lessons at a slightly cheaper price. So £240 for 10 lessons saving £30. Contact me if interested.

Driving tests: How hard is it to pass at Lancing test centre?

Just to give you an idea of how much a driving licence can change your life. One of my students who passed their test two years ago over the last year has driven over 9,000 miles. In that time they have visited 37 cities. Makes you think......

Drivers could be fined £1,000 if they don't follow emergency vehicle rules - Worthing Herald

Drivers could be fined £1,000 if they don't follow emergency vehicle rules - Worthing Herald Making way for emergency vehicles to pass on the roads can be a stressful situation for drivers. The nearby sound of sirens can cause panic even among the most experienced of motorists, but a driver’s efforts to move out of the way as quickly as possible could unwittingly land them in trouble with...

This is Northern Ireland so documents is a bit different but some good information in the vid.

Never Overtake Two Vehicles At Once

On another note I have a couple of students wandering off to university this week so have a couple of more spaces available during the day time for driving lessons. I will do these again at the slightly cheaper price £240 for 10 lessons if any one wants them.

I have a limited offer of two lots of 10 lessons for £240 each which saves you £30. First come first served. Though I have no spaces in the evening at present.

How Many Driving Lessons On Average To Pass? - Driving Test Tips 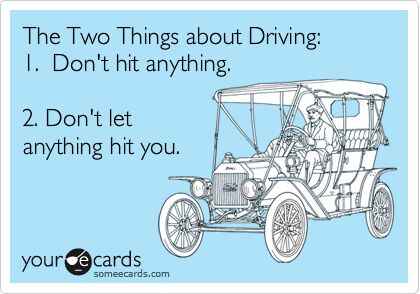 Learn To Drive with Allan Wager

Due to a few passes I have a couple of spaces first come first served 10 lessons for £220. A saving of £40. Message me if interested.


Other Professional Services in West Worthing (show all)