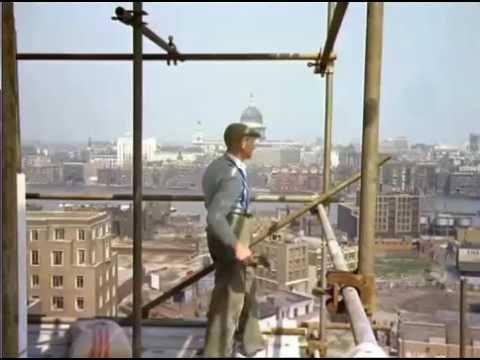 Happy New Year to you all!!!

6 female scaffolder’s in the UK

What is a NRG SCAFFOLD ALARM?
1. A NRG SCAFFOLD ALARM system, will detect intruders trying to climb a scaffold to gain access to the building. When a scaffold is erected, the security of a building is affected. Previously inaccessible windows on higher floors can be at risk, as a scaffold can act as a ladder for the opportunist burglar. Also a scaffold alarm will protect the scaffold itself from theft or damage.
2. HOW DOES THE SCAFFOLD ALARM WORK? Infrared transmitters and receivers are positioned on the scaffold normally at first scaffold lift but can be on any lift if required. These devices project a field of invisible infrared beams from the transmitter to the receiver. (See web site for pictures www.nrgscaffoldalarms.co.uk If the beam is broken the receiver detects an interruption in the infrared being transmitted and signals the control panel. The control panel then sends a signal to the external bell, activating its internal sounder & strobe. ALARM RESPONSE SERVICE The system can be wired to a 24 hour monitoring station, key holder & any landline or mobile phone. A GSM Dual signal communicator is ideal for sites without phone lines that require 24hr monitoring.
3. HOW DO I OPERATE THE SYSTEM? The system is set and unset by a keypad, which is located in a dry location. To set or unset the system you just press in your code. The control panel will also display an alarm activation or system fault. It also logs all events from setting to un-setting and any events that have occurred during that time.
4. WHAT ABOUT LEAVES OR ANIMALS? The system is very tolerant to false alarms due to small animals or falling leaves; rain, wind or sunlight does also not effect it. This because the quad beam has 16 beams within it field and a certain percentage of those beams must be broken at any time to send an alarm signal to the control panel.
5. WHAT IF A CABLE IS CUT? The control panel that is used sends out a constant check signal to each beam and in turn the quad beam uses a special silicon chip to return that signal. If however that signal is not received back from the beam it logs it as a tamper fault and activates the alarm system. There is also a tamper circuit on the bell that will set off the alarm system if the wire is cut.
6. IS SHORT NOTICE A PROBLEM? Under most circumstances it is no problem, as we understand very well how the scaffold industry works and how even the best-laid plans may need to be changed at very short notice. Therefore each day we have a slot available for urgent installation, or a removal will always be attended to.
7. WHAT DOES NRG SCAFFOLD ALARMS OFFER ME? What you get from NRG scaffold alarms is a first class service using the most modern equipment in its field on the market today. From the time of your inquiry we offer a friendly and efficient service.
8. RENTAL: Rental Starts from as little as £15 per week! Exclude set up costs.
Stay safe with NRG Scaffold Alarms
NRG SCAFFOLD ALARMS offer our clients a cost-effective means of intruder detection when scaffolding is in place around their premises. This service can be quickly installed to the scaffolding giving the residents peace of mind right from the start and throughout the duration of the work being carried out.

Job for ACA scaffolding in hove

If you need a new website or just need to update it to work on phones/ tablets. Please visit : www.wavewebmedia.co.uk
Or email : [email protected]

Brighton Web Design - Website Designers in Brighton and Hove - Mobile Friendly Websites -... We are a brighton based web design company. We make responsive websites that adapt to all screens and devices including iphones, android phones, tablets and PC's

WE HAVE A NEW WEB PAGE CALLED: SCAFFOLD COMPANIES!!!!
IF YOU LIKE TO BE ON THIS PAGE PLEASE EMAIL YOUR COMPANY DETAILS WITH A PICTURE OF YOUR SCAFFOLD LOGO
EMAIL TO : [email protected]

Thanks from Paul NRG

we have a new web site : www.nrgscaffoldalarms.co.uk
please have a look

NRG Scaffold Alarms can help you portect your scaffold yard!!! 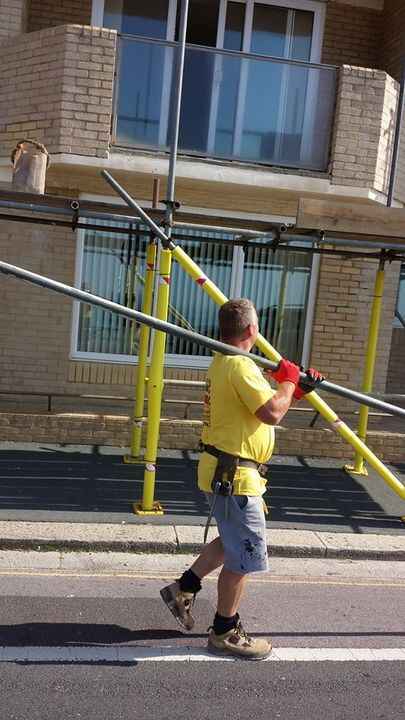 Mark at Austins cradles scaffolding working in a NRG T-shirt.

Will travel all the south coast

Something new for scaffold Co.s for security for your scaffold yards. 100% free from NRG Scaffold alarms.


Other Patrol & Security in Southwick (show all)

Coastal Security was established in 2004 and has been delivering Security Services in the South of England since then.