bró
I lived in Sembel in 2001
የምታውቁዋቸው ካላችሁ
Today it's my birthday guys
11A we the art
enda korya malet
had best memories
Hi, i am looking to mr. Mattew ng he was a teacher in korea.
This is teejay your frend in philippines
Hey I am looking for a girl her name is Naomi Mickael and she has cute chunky eyes she is 15 years old.I think she is in DC right now please help me find her I am looking for her since 2010
To all the 9th grade students may you all have a good trip.

Few weeks ago we lost one of our beloved fellow student, friend, and brother, Sibhat Negassi.
Condolences to his family and close friends.
He’ll forever be in our hearts.
Rest In Peace brother

Hows everybody doing?
Summer is here what y'all gonna do?

22 years of independence after a 30 years of struggle to set Eritrea free from Derg. Lots of Eritrean lost their life to see Eritrea a free nation may their souls rest in peace. Lets remember this day and thank the brave Eritreans who fought for us, the next generation.
Eritrea is a great nation!
Awet n'hafash! 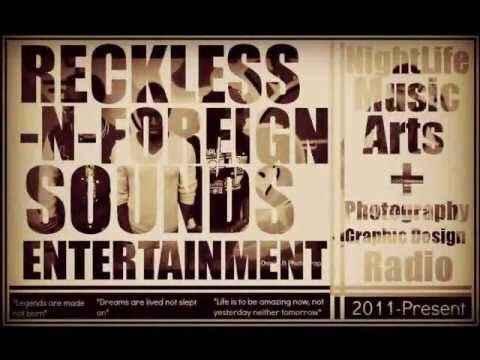 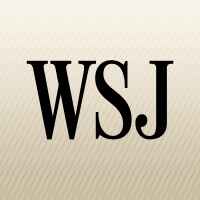 Todays topic:
read below and give comment (give your point of view)
Lets focus on the economy

EU's Embargo on Iran Oil Goes Into Effect On July 1, the EU embargo on Iran's oil exports began in earnest, halting the vast majority of imports into Europe, ending exemptions for contracts signed before 2012 and barring insurance for Iranian oil shipments.

After the Derg took over power (Mengustu Hailemariam) many Eritreans lost their life in his time. And today it was announced that the man that took the life of innocent Eritreans, women, children, village elders, Eritreans freedom fighter, he died of heart attack.
Comments anyone?

Exams are coming up guys
Are you getting ready for it?
You better study revise and ask your teachers anything that you haven't understood.
Good luck! “Education is the most powerful weapon which you can use to change the world.”
― Nelson Mandela

To all 9th Graders in DSS, Amilia Fitwi said bye to you all. She said that she didnt get the time to say bye and that she misses you all very much

Trust no one but your self
Your secrets are your wisdom
Don't tell anyone your secrets because they will use them against you and you will feel bad and hate then so just shut your mouth. :)

According to BBC there was an attempt to coup in Eritrea. They said that a group of soldiers surrounded the M*F and held hostages and forced the minister of news to make a speech.
What a nonsense, confused and lost. cant they do anything better instead getting involved in other peoples business thats not the worst part, the worst part is that they have no evidence to prove what they say. Poor people why cant they get a life! LOL
leave a peaceful country alone dont get involve in our business!!

Ruhus be'al ledet everyone hope you guys had a good one :D

Happy new year everybody
Already 2013 my God
Well it's a new year meaning a new beginning, beginning of a new era new life. God bless everybody

What do you want when you grow up? What's your dream? Businessman, doctor, teacher, a president, journalist? You can be anything you want just work hard for it and the hard work will pay off. But be aware that there are few people that will hate on you they will do anything to take you down yes by any means necessary but you can fight it back and over come it. Here's a song that might help Click it ;)

The said the world was going to end
21/12/2012 but we still alive
Guess the mayans predicted wrong. And now they saying the world will end sunday 23/12/2012
What's wrong with them?!??
Who gave them the power to decide/tell when the world will end we are all in the hands of God and only he decide that.

Couple of days ago a song was released under Reckless-n-Foreign Sounds Entertainment
LimKid a talented artist performing the song with good lyrics.
A former DSS student who helped him record the song and release it under his small company. Please like and share.
Tomas Sebhatu ( also known as Asmi Sebhatu) use to go in Dembe Sembel.
Tomas describes LimKid as an incredible artist and under his wings LImKid will make it to the peak point soon.
More info will be provided soon and again i tell you guys watch the video and share it with all of your friends.

Whopppwhoopp
Thank you guys
DSS finally made it 101 likes
Let's keep on like this
Bless stay safe!

Quote of the day:

Sometimes you gotta dig deep, when problems come near
Don't fear things get severe for everybody everywhere
Why do bad things happen, to good people?
Seems that life is just a constant war between good and evil#Guru~GangStarr

Eritrea will be one of the fastest economy growing country
without the aid of the western country.
Employment will for sure increase in the next 5-7 years.
Agree?

Quote of the day: (comment if u get it)
The person who gets the farthest is generally the one who is willing to do and dare. The sure-thing boat never gets far from shore.
~ Dale Carnegie

Hey every body!! Long time
so Obama is running his 2 term
what do you guys think leave a comment with a reason. and i'll come back to you guys tomorrow

Quote of the day:
Never be bullied into silence. Never allow yourself to be made a victim. Accept no one's definition of your life, but define yourself.
~ Harvey S. Firestone

3days ago an Eritrean Rapper from city of angels (LA) was killed on a drive by. A very sad day for Eritreans all over because this young rapper Sandman Negus represented his country Eritrea. May his soul rest in peace. You will be missed ma men Sandman negus.

Inside the DSS library

R.I. P
U will never be forgotten


Other Asmara schools & colleges (show all)

Rora is a digital library under the Eritrean Research and Documentation Center (RDC). It's main focu